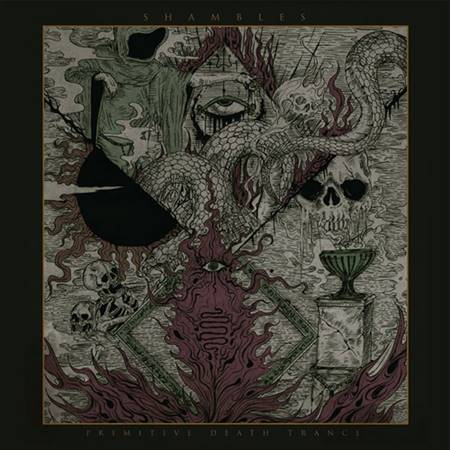 Servants of darkness returns, this time in a much more darker & on-point. Comparable to the full-length, that record sometime comes at a lengthy pace which do have moments that leaves you in a state-like of trance, having to go through the riffs. This EP however, is a short burst of instant total darkness. I’m talking raw petroleum-crude oil kind of darkness. Pungent, thick and rich in its content of sonic boom. This 4 tracker is very much carefully orchestrated in its compositions. Onto the song arrangements itself, there are a lot of good hooks in it, not forgetting the numerous tempo changes (which are not so prominent in the previous record). And that alone make it felt almost like a special delicacies in the Death/Doom menu. The compositions are pretty much subtle in its length, but with its good arrangements and tempo changes, they doesn’t need to go for that extra long minutes just to get to the point that all they want to convey are brooding total doom. It was delivered in your face right away when you pop this EP onto your player. The overall atmosphere one could reminiscent from this 4 tracker could closely be to Archgoat and the mighty Incantation for its dynamics. Getting on to the sound production, I personally like this record for its huge thunderous warm sound. Still heavy to its weight, but a little bit less murky from the previous recording. The drums especially sounded good, given it was highlighted on a balance level by not getting drowned in the thick guitar sound & strong vocal reverb. Justifiable assemblage. (JvH)