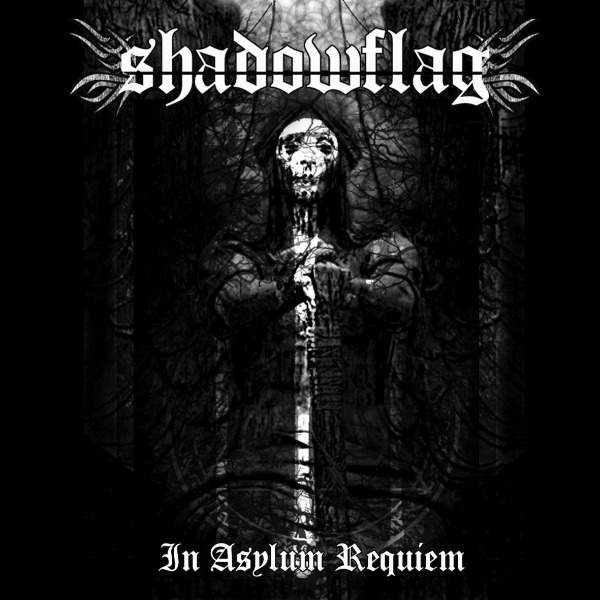 There was a time that I would have described UK Black Metal band Shadowflag as one of the more original Black Metal bands currently active on the scene, but having given their fourth studio album “In Asylum Requiem” a few spins I’m having to revise my opinion. Gone is the poetic aspect to the bands repertoire, the meandering spoken word passages a thing of history. Instead Shadowflag have reverted to a well produced and expertly played standard Black Metal album which I find somewhat dull in comparison to their previous endeavours.

Don’t get me wrong, there is nothing wrong with the album per se, the vocals of JJ Flames are impressive, rough sounding but leaving the lyrics audible, the song structures are well written and the drumming/guitar displays are punishing in the right moments and melodic when called for. However I was a big fan of the bands old style and whilst I understand that stagnation can be a hazard and bands need to progress, I am slightly saddened that they have ditched the poetic aspect so totally.

That said, to a newcomer to the band this will be a good album, but for me it’s lacking in some special despite the bands quality being evident. (Heathen of the Horde)