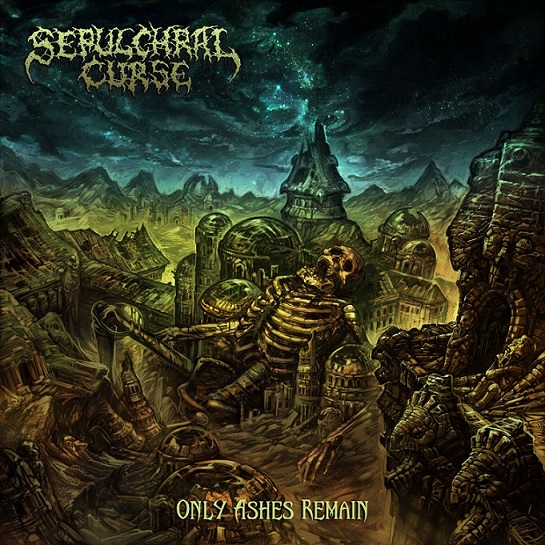 Finland, a country which is constantly rated as the happiest in the world, has also more Heavy Metal bands per capita than anywhere else in the world, which is not a coincidence! Among those bands, there are a huge number of Finish Death Metal bands that should be brought to the spotlight of the underground Death Metal world! In fact, it is obscene and should be outlawed to talk about Death Metal and not include bands from this beautiful Northern country!

Sepulchral Curse are among those elite Death Metal bands and just released their debut album on the label Transcending Obscurity from India, which has, again, done an excellent job and presented us with several amazing physical options. Active since 2013, the band released two EPs (2014 and 2016 – “A Birth in Death” and “At the Onset of Extinction”, respectively) which cemented their position in the world of underground Death Metal and left everyone dying to hear more music, which finally saw the light of day in 2020. “Only Ashes Remain” is the perfect title for an album that leaves us completely crushed by the heaviness of its songs. The opening track, “From Within the Bowels of the Earth” makes sure there is absolutely no doubt about the band’s intentions. We are immediately presented with a crushing rhythm and massive collection of riffs which will start the process of brain melting and rough headbanging and from which there will be no escape!

Don’t think you’ll get a second of rest throughout the listening experience, with a flawless song flow and another perfect example of the importance of a whole album against the idea of a collection of tracks put together in an irrelevant sequence. As well as perfect performers of the immediately recognizable Finish Death Metal style (one of the best in the world, in my opinion), the album is also notorious for the inclusion of Finish Doom elements, especially on the track that brilliantly closes the album.

For us, the listeners, “Only Ashes Remain” after its conclusion and the band makes sure they spread our ashes and leave nothing for anyone to find! (Antonio)