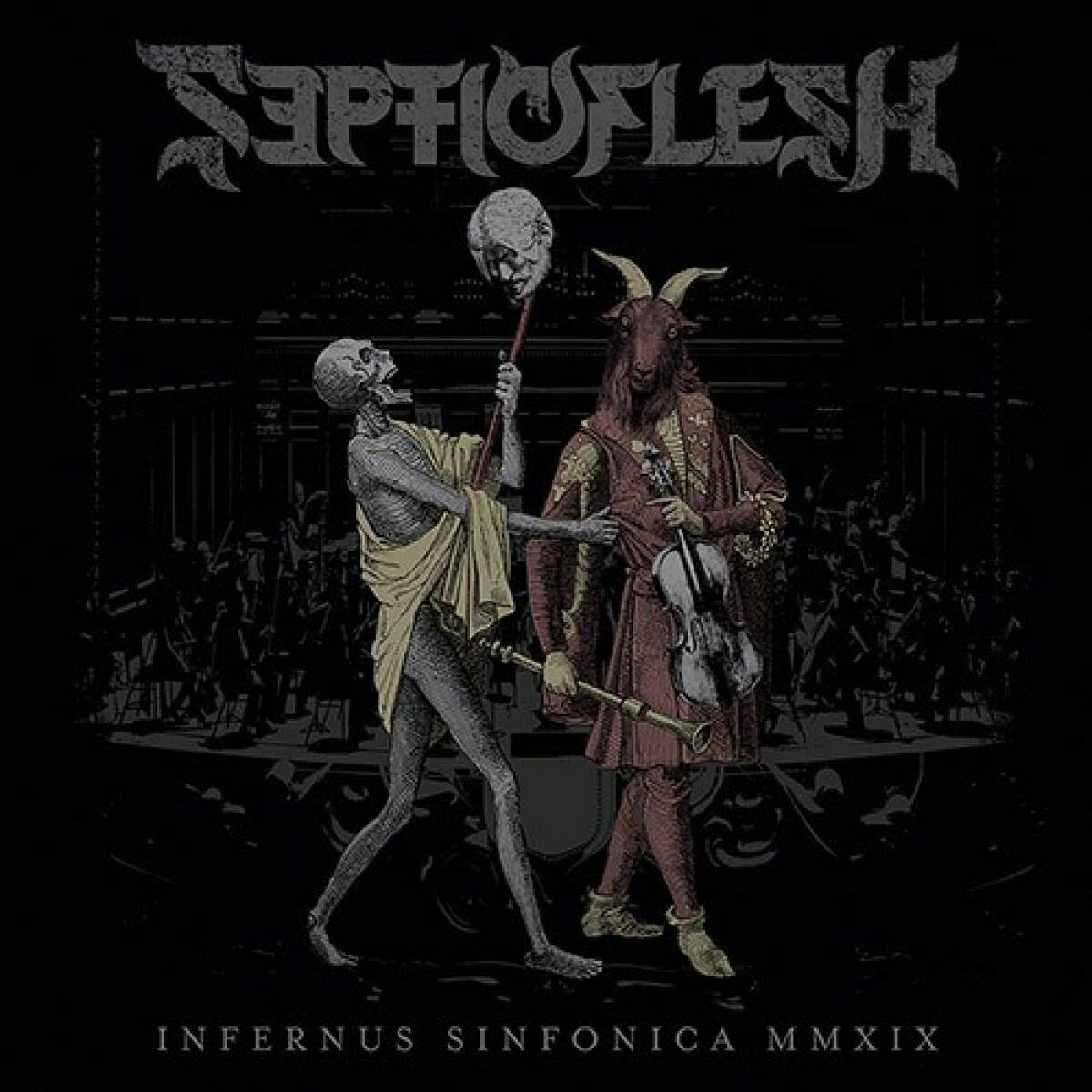 Greece’s SepticFlesh are most likely a band that need little introduction.  With over ten full length albums, a couple of decent EPs, compilations and several singles, this band has released and toured extensively enough for said releases to require almost no introduction whatsoever.  Although the band begun greatly in the 90’s and continued to release quality repeatedly, ever since they reinvented themselves with “Summerian Demons,” they have climbed atop the Symphonic Metal heap virtually leaving the rest of the bands of various genres in their wake.  For being a Symphonic Black/Death Metal band, they are pioneers in a way.  While they did not feature overly elaborate keyboards on their releases as the other Euro bands have, their songs still stand out as the symphonic portions of their music resonate more similarly to horror movies in the vein of Clive Barker.  This can clearly be heard on their new live album “Infernus Sinfonica,” which boasts a full orchestra this time around.

What does this double disc CD live album really contain?  Honestly, all of the songs from both discs could have easily fit on a single disc as the run time is around 80 minutes.  Anyone who has seen this band a couple of times on any of their many tours or various fest performances sometime in the last eight years has most likely already heard these songs in a live setting.  As good as the orchestra sounds, I do not really hear a difference between this release and the performances I have seen in the past.  Do not get me wrong, the CD is good in it’s own merit, but there really is nothing mind blowing here, unless you have never heard or seen them live before.  It should be noted, there is nothing on here before their “Summerian Demons” album.

However, presented here are arguably their 15 best songs from their latest five releases prior to this particular release.  Keep in mind, this was recorded at the Metroplitan Theater at Mexico City in the year 2020, so do not expect anything from their more recent “Modern Primitive” album.  This live album is good overall, but honestly I felt this set was fairly by the numbers.  Do not expect them to bust out any unexpected material on this release such as any of their three “Underworld” songs which would have been interesting with a full live orchestra.  Again, nothing from their first five releases is to be found anywhere.  This release is good, but there really is nothing special in my opinion on here.  If you are really missing live shows, this release might remind you of the magic of better times, but honestly I recommend that if you can, save your money to see them live in this newer world after the pandemic if you are able to in order to truly feel the great songs from this album more up close and personal in an actual live setting.  (Old Man Stares)