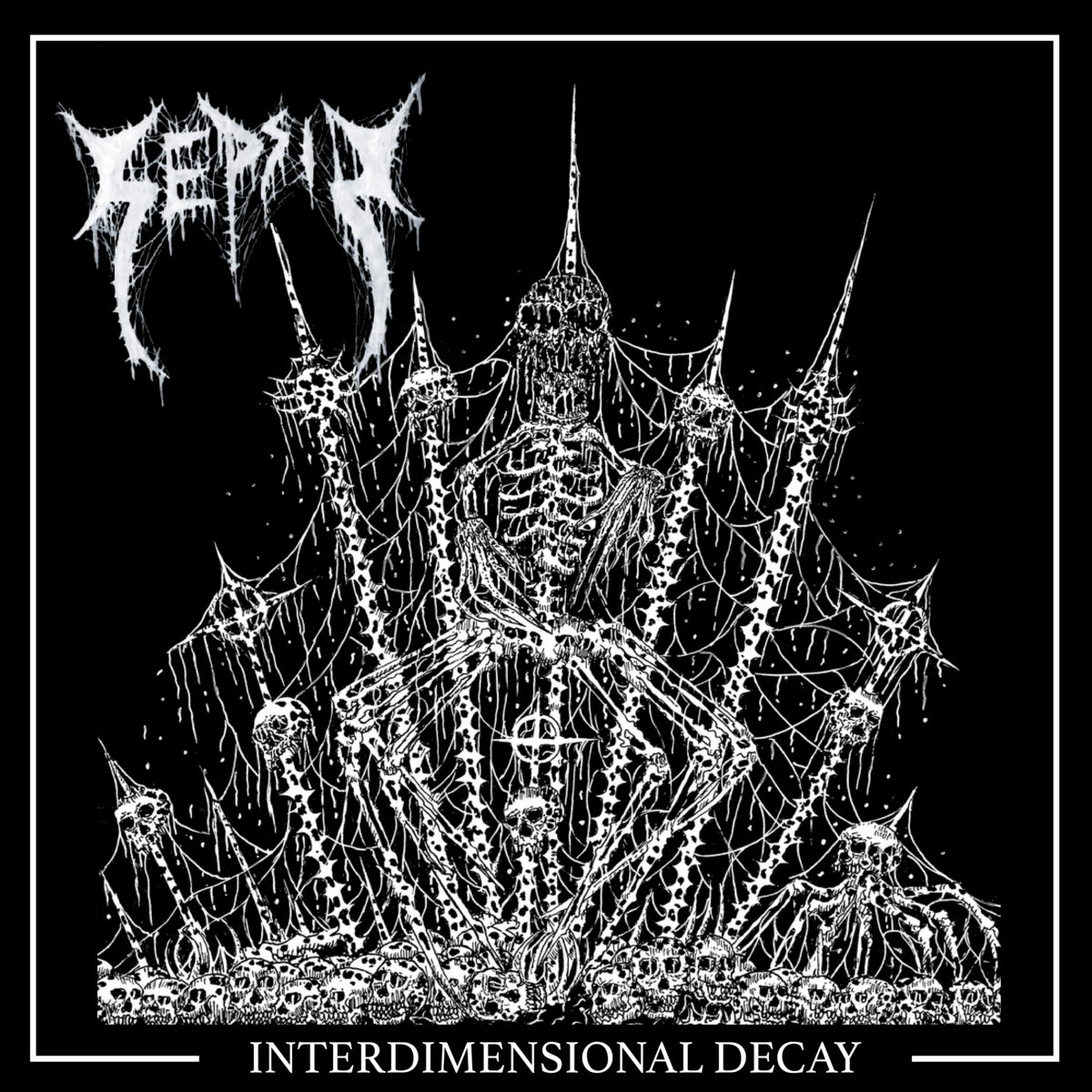 According to Oxford dictionary, the word “sepsis” is defined as “serious condition resulting from the presence of harmful microorganisms in the blood or other tissues and the body’s response to their presence, potentially leading to the malfunctioning of various organs, shock, and death.” When it comes to Death Metal band, Sepsis, from Santa Cruz, California, their LP “Interdimensional Decay” won’t necessarily leave you for dead, but will leave an impression for your listening pleasure.

Comprised of members Ryan Oropeza (bass), Sam Hughes (drums, vocals), Jacob Oiesen (guitars), and Ballard Greedy (guitars). Interdimensional Decay features nine tracks, totaling 28:26, which sounds short to some but worth the time to listen. Hughes vocal and drumming style reminds me of Chris Reifert (Autopsy) and production of this album reminds me of a cross between Autopsy’s “Mental Funeral”, (early) Pungent Stench when they did a split with Disharmonic Orchestra, and Death’s “Scream Bloody Gore”. Fast paced with aggressive vocals, and Oiesen’s guitar playing is a combination of being rapid in some tracks and decelerated in others. A couple of songs I dig are “Voidrot” and “Perpetual Bloodvomit.” These guys have a lot of potential and curious to see what happens in the future for them. (Tori Belle)