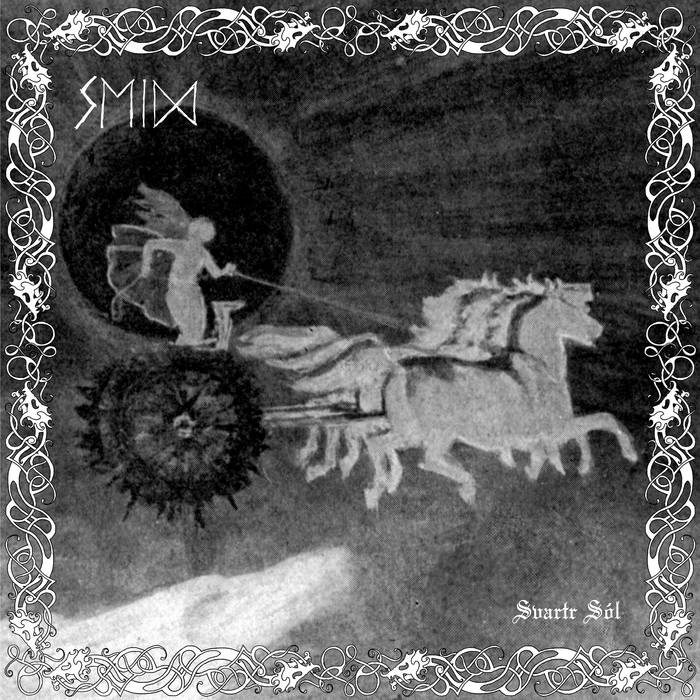 One of Sweden’s more prolific Black Metal entity’s has returned. Pre-pandemic, Stockholm’s Seid were releasing material every year without fail. It’s taken them a little time to get back up to speed but now with their fourth studio album, ‘Svartr Sól’, released on cassette via Urtod Void, the reign of Seid can resume unhindered.

Ushered in by the call of a war horn, Seid start things off in belligerent fashion with a charge across the open fields. From there a rampaging blend of furious blast beats and mean sounding riffs ride forth on icy tendrils, all the while a bleak, haunting melody sings its melancholy song to the accompaniment of choral chants and groans. Then, as the pleasing moog synth tones play out invitingly, the title track begins and the album takes a groove laden turn. Seid are a band steeped in the history and folklore of their native land. The religions of the old Gods (Asatru) feature prominently as do the myriad battles, rune magic and the general Viking ways and culture. As such, there is a true Saga like quality at play in which even when the words die away, the story telling continues along its path through the atmospheric meanderings of the bands music. Vocally Seid seem to have no limits as they offer up raw, guttural growls, agonised shrieks, chanting and cleaner tones, and I’d even say they is just a touch of early Metallica in some of the drumming patterns / rhythms scattered throughout the title track. In essence just this song alone is a cauldron with various sounds and styles, ideas and concepts all thrown in and blended to perfection.

Virtually at all times there is a battle going on between the bands desire to slay, to unleash their most dominant feelings of aggression and let them fly, and their calmer selves, where the harmonies and melodic interludes and undertones stem from. As such this is an album that never settles on one style and is in a constant state of flux, a maelstrom of extremity. You can feel the bands primal and Pagan urges writhing through their music and it makes ‘Svartr Sól’ both a triumphant return and an album to experience. (Luke hayhurst)