Seep – Souvenirs of a Necrosadist [EP] 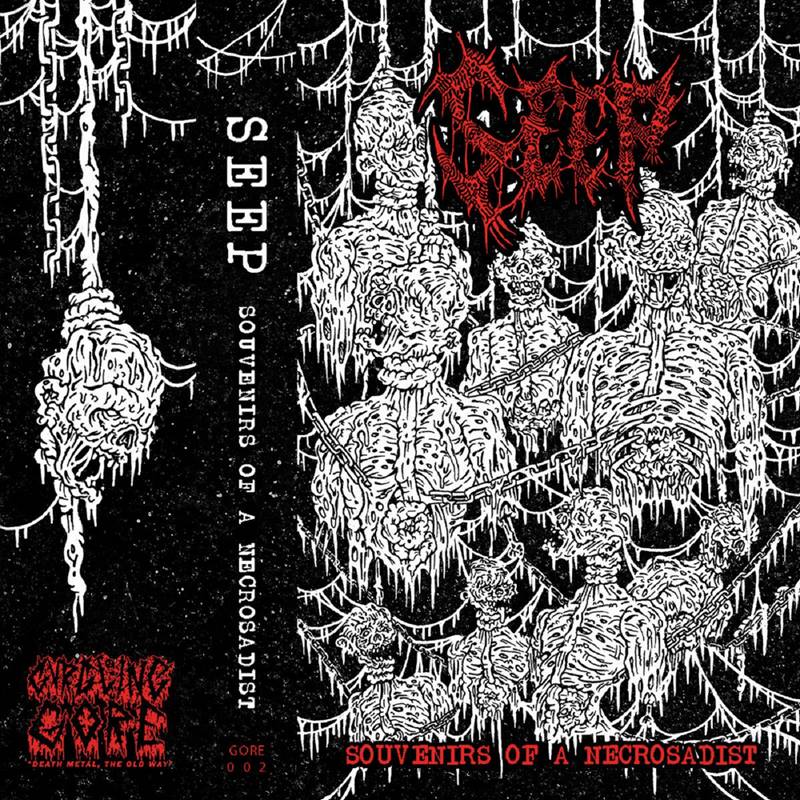 I didn’t even have to press play on this fucker to know I’d like it. “Souvenirs of a Necrosadist ” from Seep is only three songs long, and three songs of such utter filthy madness that one must nod one’s head in agreeance at it’s majesty, and also Ricardo said I would like it so there. No, with song titles such as “Phlegm Burial” (I didn’t know you could bury phlegm, but you learn something every day), “Boiled in Piss” (oh the aroma would be delightful), and “Noose of Entrails” (gutsy to say the least), how could one possibly go wrong!

Yeah, this type of grimy low down metal is a bit of a trend these days, some do it well, others do not, and these guys are on the side of doing it well. Mix a little Deathy Doomy Metal with some D beat, and just pure sick bludgeoning riffs, and maybe some disgusting bodily functions and gore, and you have Seep. I pretty much think the title and the songs explain themselves. Some may recoil in horror, the true sicko’s out there will eat this up like a fresh turd off newly mown grass. I know I did! (The Great Mackintosh)