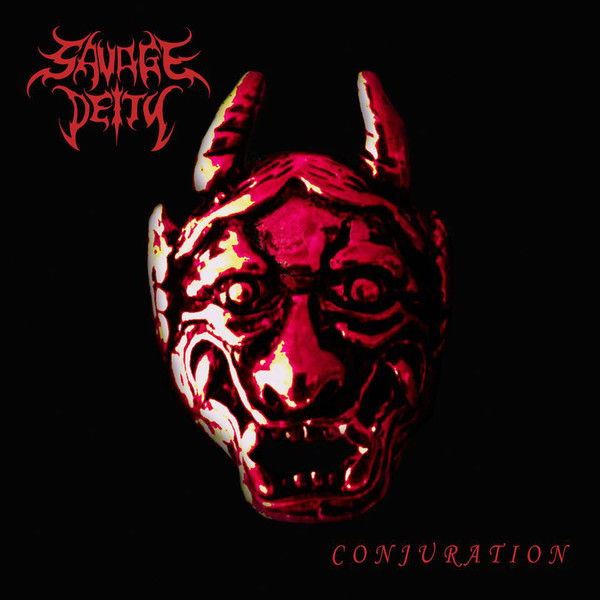 Siamese brutalism strikes again in the form of Savage Deity. Thailand might not be the most known Death Metal place, but they sure got some killer bands dwelling in the underground. Savage Deity play a Thrash laden Death Metal the ancient way, and they do it good.

Already active since 2010 with quite a good dose of releases (1 demo, 4 splits, 2 full lengths and 1 live album) their attacking again with a new EP which features 6 songs, 1 of them being Morbid Angel’s “Unholy Blasphemies”, which, starting with the review, is a killer cover, tremendously well executed.

The precision level in general is high. The guitars with their razor-sharp tone, the bass rumbling and shaking, the drums pounding and the vocals vomiting unholy blasphemies (did you see that coming?). The production could be from mid-nineties as it is fitting the sound and creating that ancient atmosphere. The songs itself…besides an instrumental placed in the middle, the band varies between bashing in your face with up tempo and blast sections and changes into monster groove like Morbid Angel or Deicide did. The general sound is clearly Morbid Angel inspired, with some Deicide here and a good dose of Slayer there. The vocals are closer to Mutilated/Abyssals.

You don’t get anything new here, but death metal the twisted thrashier way like the aforementioned bands, well executed, and just great If you like this sort of Death Metal (and I do for sure).  Almost forgot about the leads, some are very well written and got a nice tone. “Voluptuary Idol” is probably my favourite track thanks to its dark mood. Nice EP I really like to press the repeat button. (DPF)