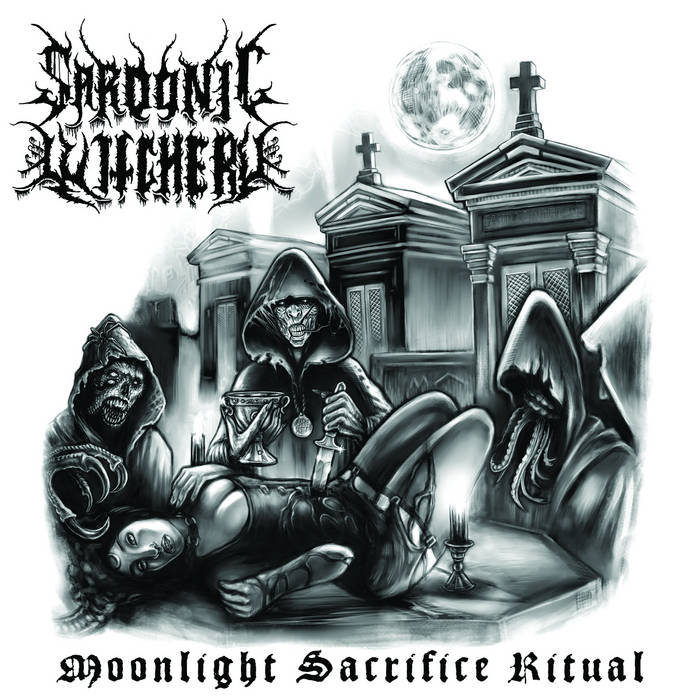 After a bunch of splits, with hordes like Besatt, Utuk Xul Tundra, Inner Helvete and Silva Nigra to highlight a couple of participants, and 2 full-lengths King Demogorgon of Sardonic Witchery raises the sword to go to war for the 3rd time.

“Moonlight Sacrifice Ritual” is both Old School, with hints of the first wave of Black Metal as well as melodic. Although the emphasis is definitely on the first one. The difference is right at the beginning, while opener “O Circulo das Bruxas Perversas” has lots of up-tempo tremolo riffs and melodic leads which reminds of the Finnish acts, the second track “Die for Satan” is in a punkish Hellhammer / Bathory vein.

A decent album, but the vocals will be a hit or miss for some of you, as it is more shouting than a common Black Metal scream and although I don’t have a problem with it, I can imagine it will influence the verdict for a couple of you. (Ricardo)