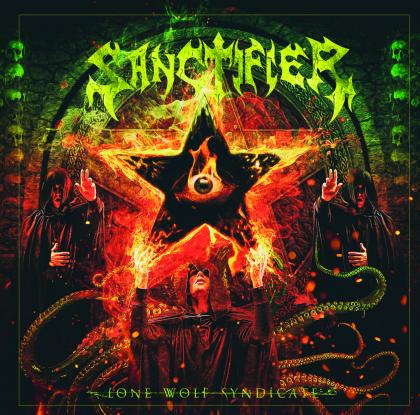 The ancient ones raised their hands once more. This time taking the shape of Sanctifier from Brazil, a band that was formed almost 3 decades ago. On their newest effort, their 3rd studio album, they present themselves in a good shape, playing a strong US-influenced Death Metal style, having its roots in Morbid Angel, Hate Eternal and mid era Behemoth when it comes in terms of riffing and general atmosphere. The album starts with some high maleficent dark riffing, something that comes and goes through the entire album. With variation in speed on the drumming side, always able to place the grooves at the right moment. The tuning, the way of song writing and tempo shifting with a certain portion of technical skills and the use of dark engaging riffs make them stand out compared to a lot of other Death Metal combatants and reminds me in overall the most to Purgatory from Germany, which is not a bad thing If you ask me. If you worship Cthulhu and you love dark US Death Metal, then do yourself a favor and check this out. Ia Cthulhu fhtagn. (DPF)