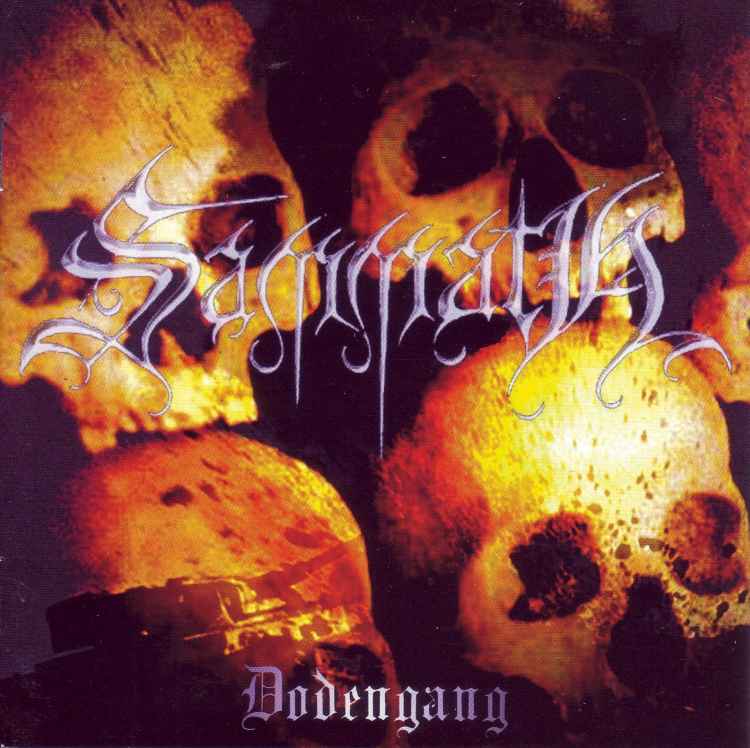 ‘Dodengang’ is the third album from Dutch warmongers Sammath, who churn out 45 minutes of battering blackness, taking no prisoners and barely pausing for breath. Offering song titles like ‘To Hell’, ‘Ravager’, ‘Imminence War Death’, ‘Stalingrad’ and ‘Merciless’, there seems little chance of Sammath donating any of the proceeds of this beauty to the United Nations. Peddling aggressive, militant black metal with traces of death, the Dutch destroyers are essentially expanding upon and fine-tuning the sound already emitted on their previous two efforts.

Delivered with the precision of weapons of mass destruction (or just a simple blade to the kidney), Sammath may be lyrically clichéd but stylistically they certainly offer something refreshing and urgent There’s enough unique identity in here to render ‘Dodengang’ more than passively interesting and the obvious Kreator influence – cloaked in choking blackness – succeeds in drawing me in.

While undeniably bleak and raw, this is not overbearingly grim as a mocking sense of melody supplements the crushing despondency, most markedly on penultimate forewarning ‘Oblivion’. Throughout, incessant drumming hammers home a mantra of annihilation as six-string shards slice your heightened senses and bubbling bass occasionally flirts with the spotlight (‘Merciless’).

Including trademark war samples (whilst upping the overall technical quota), Sammath considerately prepare us for the imminent end of all times. After the brief and effective Satyriconesque intro, we are indeed ensconced in Hell on earth, wallowing in the raging belligerence of ‘Ravager’; the cascading swirl of a nine-minute title track that contains more scales than a prehistoric longneck; and the contemptuous, vitriolic strains of ‘Ashes to Ashes’, which aims a malicious boot (army issue) at your soon-to-be-smashed teeth.

The demonic, spiteful vocals merit special mention for the manner in which they distinguish themselves amid the gushing maelstrom. Peace and goodwill to none; welcome to the real world. (GeraldR)