Sacrosanct [HOL] – Truth Is – What Is [Re-Release] 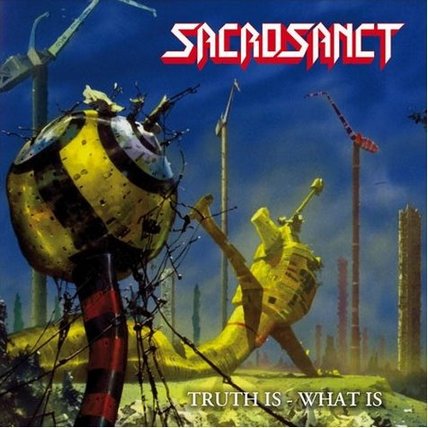 Great re-release of this killer album that was released in 1990 which is an absolute gem of technical Thrash Metal from the catacombs of the late 80’s. It’s amazing to listen to these riffs cause you feel exactly those good vibes when metal was passion and not stupid trend or worthless fashion. The sound reminds me of early Paradox or Mekong Delta , a sort of uncontrollable fury with more harshening vocals for sure. Today, when you listen to this music , you only must think how many courage these metalheads had in those days to create such killer and entangled guitar riffs…melodies and and I could go on and on….A must have album! (CrisPervertor)