Sacrilegious Rite – Summoned from Beyond 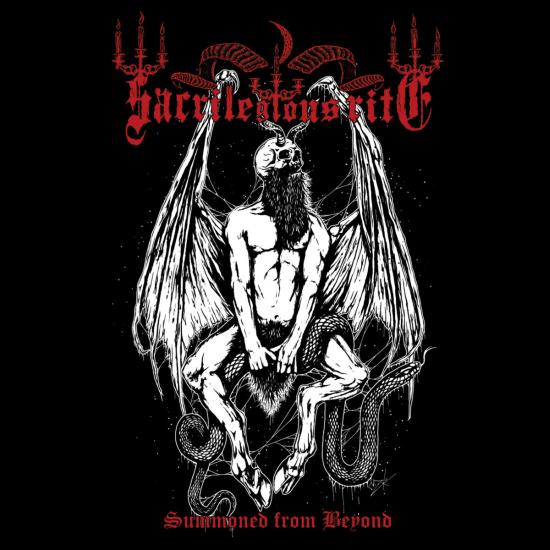 Sacrilegious Rite were unknown to me although they already on the map since 2009. This German horde released some splits and an EP prior to the now discussed debut album. The atmosphere is old fashioned (loving it), the influences are ranging from European Black/Death to South-and North American in a more simplistic manner. Which means this album beholds not too technical stuff, but emphasises more on groove or atmosphere. Riff-wise they remind me a lot of Grave Desecrator. The more experimental side has some old Acheron in it, playing with choir chants and organs creating a dark aura. Fortunately they do not make the mistake to just blast all the way through the album and the chance to hear some memorable moments are high. Some guest vocalists were also invited, like Lord Ashir from Infernal Execrator, Hekte Zaren from Adaestou and Sonia Sepulcral from Bestial Holocaust. Speaking about vocals…they are very powerful and versatile and same goes for the drums which are very organic. The bass accompanies his allies very well and the guitars smash the riffs all around. Surely nothing new, but very well done. Fans of dark back/death more towards old sounding styles should check this out. (DPF)