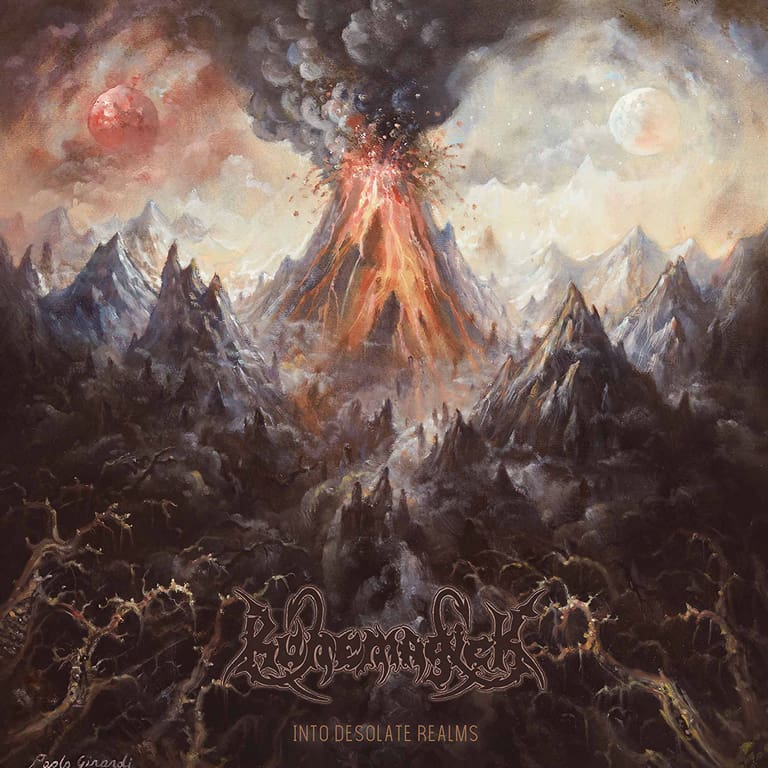 Runemagick. I’m raltively new to their Swedish shenanigans, and yet..FUCK. “Requiem of the Apocalypse” was my intro, and I’m not sure who showed me the path to their magical runeishness, but I’m glad they did. Having said that. Times they are a changing, and Runemagick then where almost Prog Thrash Doom Death (Insert other genre here) to me, the pundits may say otherwise, but just fucking listen to that album, and then we can draw pistols at dawn, and I will win, becasue I am not called The Great Mackintosh for nothing. I will kick you right in the goolies before you even get said pistol out. Benediction anyone? The band, not the act. Decomposed perhaps? Meh, absolute class, and as always I digress.

Lineup changes for sure. Sound changes, yep, for fucking sure. Who cares, it’s a band, and bands suck, and people suck, and shit happens. I liked them, and now here is a story. It involves the fact that this year has been apishly spectacular in the releases we have had, but I did not know these guys had another one coming, until the first promo arrived, and it was a song. One song, and it was called “The Opening of Dead Gates”, and I’ll tell you what opened about halfway through, my fucking bladder. OH MY GOD. Yep, pee all over the floor, and me standing there with a big fat smile on my face. If this was a sign of what the album was to be, then trouble is my middle name, and my eyes lit up like a man that had, well, just peed on the floor..

The full promo arrived, and Ricardo of course asked me if I wanted it, and I said “Nah mate, already pissed all over the floor, the missus ain’t happy, give it to someone else”. That is a bad faced lie, I think I may have said “fuck yes, give it to someone else and I will kill them, and their children, and their children’s childen”, and the C word may have also be involved, but it’s hazy now. Such is the excellence of this album. Okay, they have now waded into the waters of a definite Death/Doom type swimming pool, and by the very magickal runes that created them, this is pretty much the dog’s testicles.

Can you Imagine if Candlemass sirca “Epicus Doomicus Metallicus” went out on a date with Thomas Gabriel Fischer, and it all went well, and they had sexy times, and nine months later a bastard child was born, and it was this. Vocalist Nicklas “Terror” Rudolfsson (who is in no way related to any reindeer that I am aware of), reminds me at the best of times of the aforementioned, but not in tone or pitch, just in the delivery, and what a fucking delivery it is. Controlled, legible, and just as nasty as a room full of whores with syphilis.

This is indeed some heavy, heavy shit. Examples are rife. Take the one that made me urinate, and then add “Decay to Nothing”.with it’s catchcry of “Death is coming, decay to nothing”, them fucking riffs and deathgrunts that make the hair on the back of your neck stand up, and just the sheer bloody amount of grunt that these guys are capable of, and stand back in awe. Slower moments abound, and if anything Runemagick probably only ever hit mid pace at the best of times. This is slow, methodical, and hypnotizing.

One song throws this all about face though, and it is “Wolves of Nocturnal Light”. For a moment you may think you are listening to Primordial, and then you are back on solid ground, at least for a while.Then the familiar kicks in, and all is good.Then the tempo rises a bit, and the melody kicks in, and you are amazed. Wah Wah pedals may have been hurt during this one. It’s still concrete like the rest of the songs, it just seems like they had the chance to go a little nuts with this one, and you will see.

Overall? My top album of the year already will be fighting this one on a grassy field somewhere, Both will be wearing silly hats, dressed to the nines, with people watching and applauding the blood that will surely flow. I want them to go bare knuckle, naked but for a pair of pants, as pants are the basis of the civilized world, (ever asked your neighbour for a cup of sugar with no pants on? Didn’t think so), and I don’t know who will win, or even piss themselves first, but holy snapping duck shit Batman, this one is in for the kill.

That’s a whopping big fat yes from yours truly. (The Great Mackintosh)