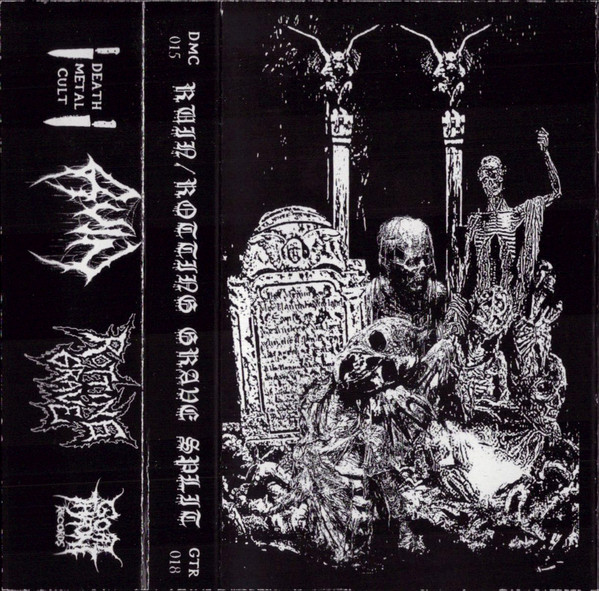 Rotting Grave has released their debut recording, the EP “Horrid Pestilence of Death” back in 2019 and beholds members of Morbid Messiah, Necroccultus and Heretic Ritual, so it is fair to say they know their way around the stench of corpses and graves. And let’s be honest, commercial wise not a bad idea to call yourself “Rotting Grave” in the exhumation-business. Music wise some fine Old School Death Metal in the vein of Autopsy with a slight hint of Terrorizer will be heard while the casket has been dug up. “Service for a Vacant Coffin” anyone?

Ruin has been reviewed many times on VM-Underground, and always receiving a positive note I may add as the Death Metal is triple-R; Raw, Rotten and Raunchy. If you can’t get enough of massive riffs that ravages the latest fleshy remains of the bones, skull bashing drums and a low growl that wipes out every single maggot, all in a putrid Undergang / Mortician way; Ruin is definitely a band to check out.

At the end of the day the grave has been cleared to be reused and this time the remains will go to Ruin HQ, as they have won rock-paper-scissors fair and square. What will happen with it…nobody knows…and we are not supposed to ask. (Ricardo)