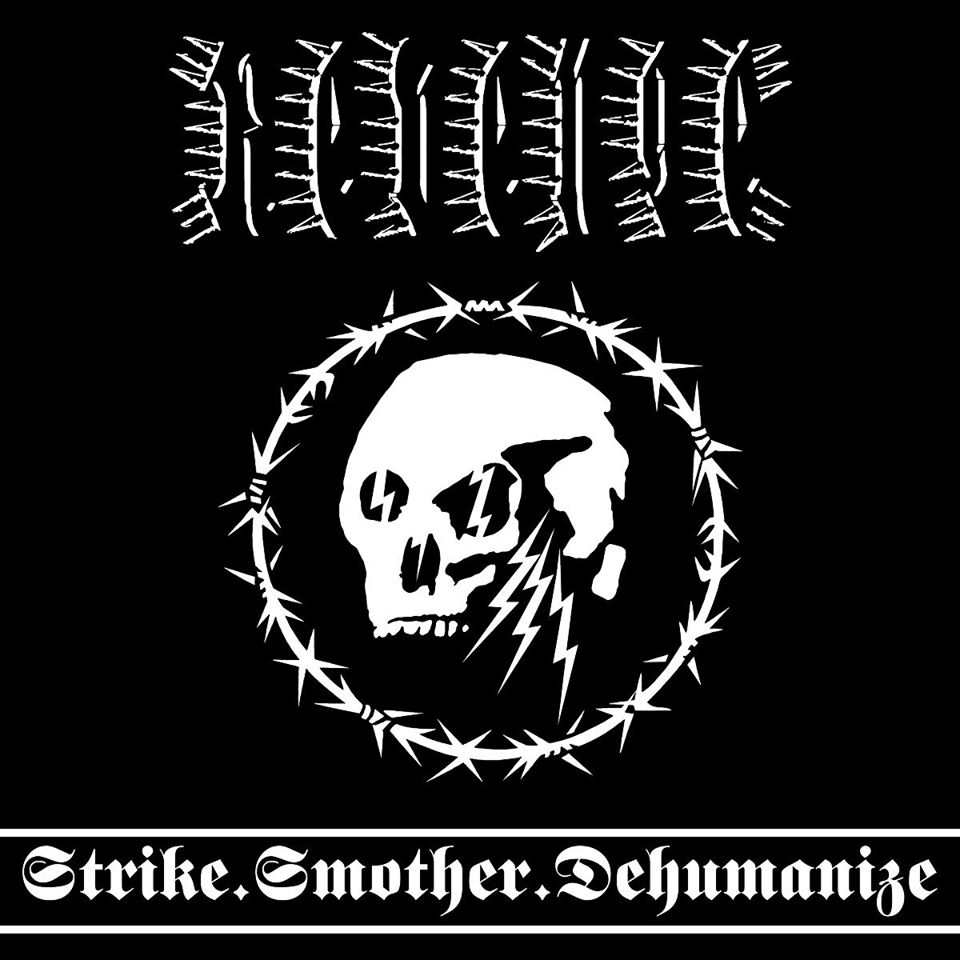 One the most anticipated releases of 2020, the new Revenge album, has finally been deployed.

And the waiting was well worth it. “Strike.Smother.Dehumanize” turns out to be another all-consuming monster. A dark metalized juggernaut, designed to overthrow and annihilate every form of resistance.

The production has become more pronounced and more balanced, allowing the instruments to sound more clearly and dynamic in the end mix.

It also leads the smouldering barrage of bludgeoning chaos into a more guided trajectory.

The feral, hysterical and manic growls of J. Read manage to withstand the whirlwind of brutality that is displayed on this album.

I’ve noticed the usual blitzkrieg drumming of Mister Read has even been upped a few notches: expect a brutal, relentless battering on the drumkit, the a-typical fills and the rolls – it is all there. And some of the drum abuse is even very solid, adapting itself to the other instruments.

What is different on this album? As said before: it’s perfect balanced production, the use of the usual high pitched roars, complete with down-tuned demonic grinding vocals and the strategic use of mind-blowing reverb… Vermin (Chris Ross) succeeds in creating a caustic, highly abrasive guitar sound and a heavily pounding bass that will leave the audience baffled. This isn’t playing the guitars anymore – it’s abusing the strings.

Some critics always claim that Revenge are too one dimensional writing similar tunes and riffs, being utterly boring and pseudo elite, noisy and predictive and not presenting anything really new in the genre. You take any Revenge album and use your ears, bubs. Every Revenge album sounds different.

This one excels in both production and song writing in my opinion. Nothing more can be added + every self-respecting war metal fan will find its way to this album. Die hard Revenge fans have already supplied themselves.

An essential album, this new “Strike.Smother.Dehumanize”- be prepared to be pulverized!

I’m off to the pub to celebrate this release. (LCF)