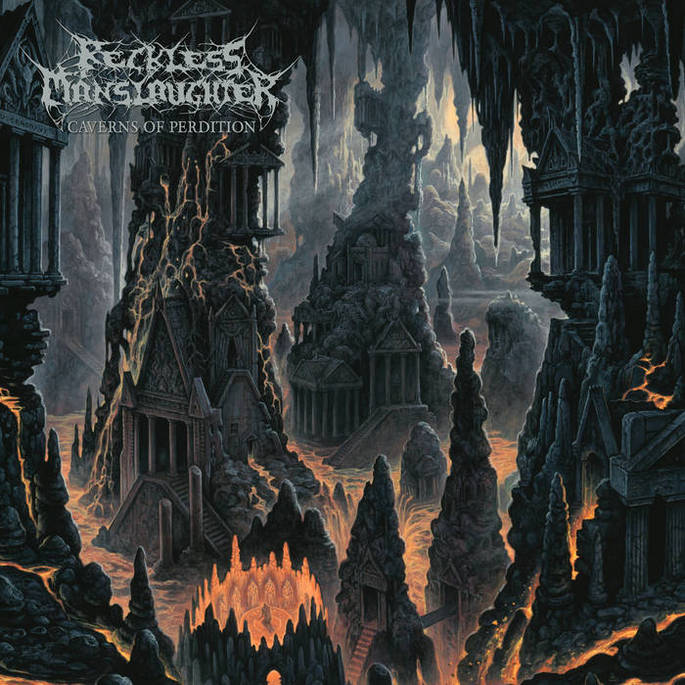 From Germany comes Reckless Manslaughter with their third full-length album “Caverns of Perdition”. The first thing that makes impression here is the fantasy cover artwork which is like an image from a Lovecraftian novel.

In terms of music, Reckless Manslaughter play Death Metal influenced by Bolt Thrower, Asphyx, Pestilence and the similar oldschool Death Metal legends. Leimy’s voice is a good deep growl and is one of the positive points for the band. The guys in the band are good musicians, they can play heavy and yet to put some melody into the heavy guitar riffs like in the instrumental “Unknown Caverns”. Fast and furious tracks like “Blast Into Oblivion” and “Catacombs of Perpetual Decay” will make you move your neck.

So it is an album that is quite good even though it doesn’t bring anything new to the scene. Reckless Manslaughter play death metal and if it is enough for you then check this out! (Zvetan)