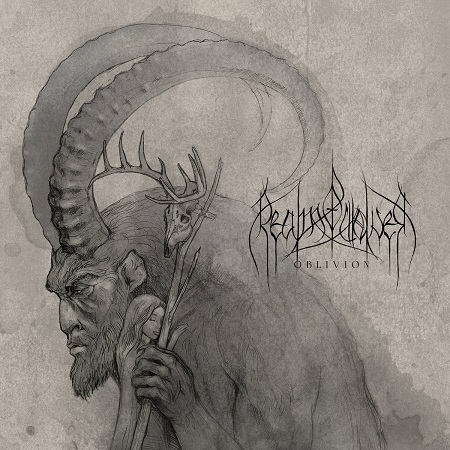 On one hand Realm of wolves clearly share affinity with Agalloch and Wolves in the throne room – Atmospheric Black Metal wise, and on the other hand especially of their emotional intensity they can also be put in the Post-Black Metal niche. Many songs open with a mellow emotional intro that leads into a melodic, folky riff with very emotional lead melodies. Combined with a tension-building drumming Realm of Wolves creates an epic and majestic atmosphere.

Besides the folk parts they use very sinister Black Metal passages. For example the song “Old Roots” builds up to a very black climax with furious blast beats and hellish screaming vocals before mellowing out again. This leads also to one negative point in their song writing. Many songs build up to a climax but instead of finishing to song rapidly, they repeat and repeat previous parts. This seduces sometimes to skip forward to the next one.

Nevertheless this is a great debut from a band that was just formed in 2018 and you can feel that there is a high potential for more. (HaCeBo)