Question – Reflections of the Void 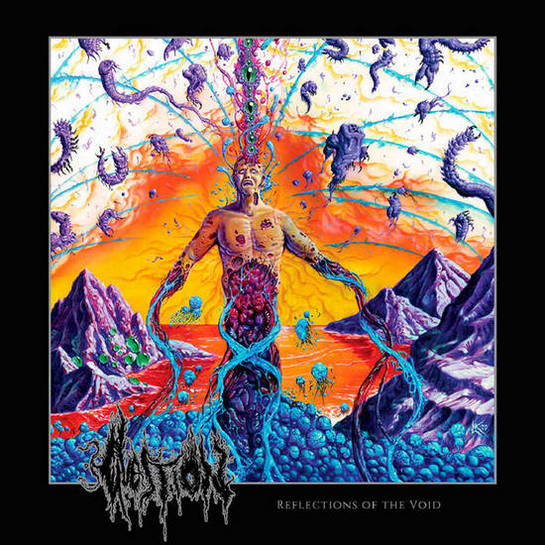 Chaos Records is releasing a new Question album, ready for their 10th anniversary, congrats! The Mexican band already made a name with their first full and the following EPs (“Doomed Passages”, “Gnosis Primordial”, “Question”) with their blend of slightly progressive/technical Death Metal the old way, means early Gorguts, mid era Death, The Chasm and the likes. With “Reflections of the Void” album number 2 is ready for the masses and sounds the following:

Sometimes twisted, sometimes straight, Question found a good balance between technicality and brutality, paying attention to details without distracting and disturbing the flow of the song, keeping a morbid atmosphere and raising guttural emotions that made albums like “Human”, “Considered Dead”, “Testimony of the Ancients” or “Procession to the Infraworld” so great.

“First Fragmentation” for example reminds me a lot of Chuck and Death is some passages and at the same time there is enough individuality in it. “Alone with Everybody” has some fast blastbeats and Gorguts like riffing which sounds amazing, especially with those grooves from the rhythm section which did an excellent job on this record. The bass work has to be point out. You can hear some tasty lines, standing for themselves and increasing the general feel of each part and section, being the extra meat in each track.

Melodic solos can’t be missed as well, as they are well written and placed where they belong. The drums are high octane, versatile and enough dynamic to adjust the feeling of the songs when necessary. And the vocals are pure brutality, somewhere between Chuck Schuldiner and Luc Lemay. “Sunyata” and “Mysteries (About Life & Death)” are 2 instrumentals that any fan of a wide range of music taste should like, the second being my favourite of the 2.

“Vacuous Thoughts” rounds up the 2nd album with a brutal track which starts with double bass laden mid-tempo groove bevor the skank and rock beats alternate and the crusty, Autopsy like part takes over. The last part has a strong Incantation vibe, a good thing If you ask me.

Some good Death Metal again, a band you should definitely check out If you haven’t already! (DPF)