Putrid [PER] – Antichrist Above 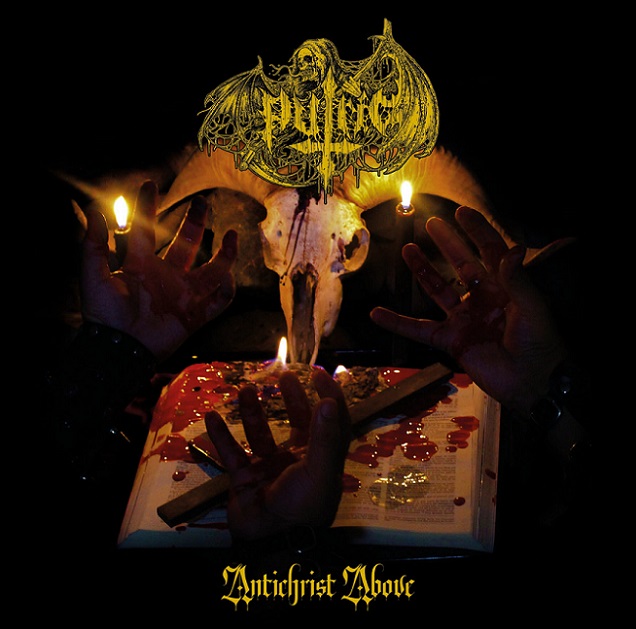 What do you get when times are hard as fuck, you are living in Peru and like Death, Thrash and Black Metal? Well, If you are in a band named Putrid, you release a new record and fire everything you can until nothing is left!  4 years after the debut album “The Triumph of Impurity” Putrid are finally back to set fire upon the children of Adam.

“Antichrist Above” is not only the 2nd full length but also marks the 10th anniversary of the band who besides now 2 albums already released 1 demo, 2 compilations, 5 splits, 2 EPs and 1 single (quite a lot If you ask me).

The new record is hammering all the way through your brain, fast as a shark, destructive like nuclear weapons. The drums are firing all what they can and leave just bodies. The guitars are aggressive and cut like piranhas, no wonder If you pay attention to the chaotic and disturbing riffs in the vein of Impiety, Angelcorpse, Abominator, Morbid Angel, Bestial Warlust or Sarcofago? They like the suffering and so they know when to slow down a bit and let the listener beg before they get ready for the final strike; “Pig of Liars”!

Highlights? Well, hard to pick one, If you like this rain of bullets then you will like the entire record, but If you wish, probably “The Great Serpent Awaits Us”, “Pig of Liars” and  “Warfare in Golgotha”, they had the biggest impact on me.

Evil Avatar’s vocals are so commanding and furious, he’s the Duke of Hell impersonate and hacks his way wt the guitar through all the enemies ahead, Sacrificer is chattering ships with his bass and Drum Major of War is a giant Berserker that blasts everything around him.

This is truly the cacophonous wrecking ball I’m in love with and fans of said fury unleashed will have their joy too I guess. (DPF)