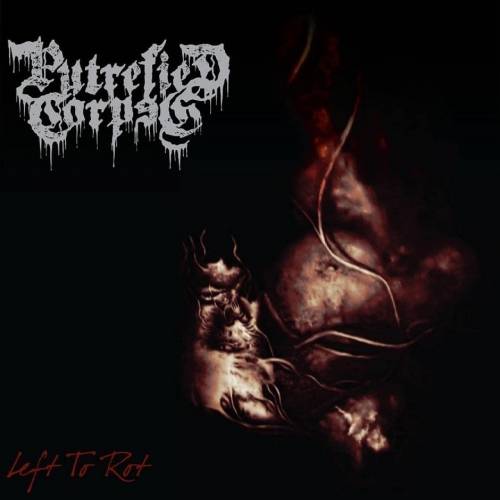 These five dudes from The Netherlands have been around since 2013 from what my vigorous research tells me (ha-ha), and at first I wondered why it has taken them so long to release something, until I heard the album, and then I couldn’t have given a flying fuck. Yes, this one, Left to Rot is a complete fucking monster of a thing, and I’m gonna let the cat out of the proverbial bag right now by saying this has shot straight into my top ten for end of year honours. Let me elaborate.

I’m an old bugger, that’s no secret, and I have a bit of a thing for Death Metal that sounds a bit like the shit I used to bang my head against walls until it bled. Many bands consider themsleves OSDM, and maybe it’s an overused term, but when upstarts like this pull an album out of their backsides as fucking solid as this one has to wonder what kind of musical diet they grew up on. For mine this one, and feel free to disagree, reeks of a bit of Napalm Death (“Harmony Corruption” era), Benediction (David Ingram and Barney of course), and interestingly enough Slayer (“Hell Awaits” to “Reign in Blood”). Through the course of this album you may well hear exactly what I mean, unless of course your ears have been painted on. Yes there’s a bit of an Entombed vibe and much more but these are the three that stand out most to me, and I could well be completely fucking wrong but so be it.

The very first track, “Smashed to Pieces” will have you saying, well, this ain’t bad, until THAT RIFF kicks in, and you will know the one I mean the second it happens. Holy fuck, stable the horses kiddos, it’s gonna be one wild night. “Cordon Bleu of Her Curvaceous Bod” brings the serious fucking moshpit action with a mid paced riff fest of utter stupenditude, and the Ingram – Barney feel of the highest order to your possibly by now burning home, and we are but two tracks in.

The guitar tone here is just bloody batshit insane, and you will get your Kerry King and Jeff Hanneman on steroids shits and giggles without a shadow of a doubt. Try some of the mid section riffery in “Obliteration of Cerebral Arteriov”, and a large chunk of “Sociopathic Monstrosity” and you may well get the same feels as me.The Napalm Death references come from their ability to just change pace at will and the sheer metronome precision of the drums, and “Joyful Repeating Movement” is no better showcase as far as I’m concerned.

Yep, I won’t keep raving, all I’m gonna say is that you fucking need this. Maybe it will deliver different references to your ears, but make no mistake this is one album you do not want to miss if you are at all Death Metal inclined. They also chuck in an Obituary cover, and that for me is the perfect way to make this old bugger feel right at home. Fucking superb. (The Great Mackintosh)