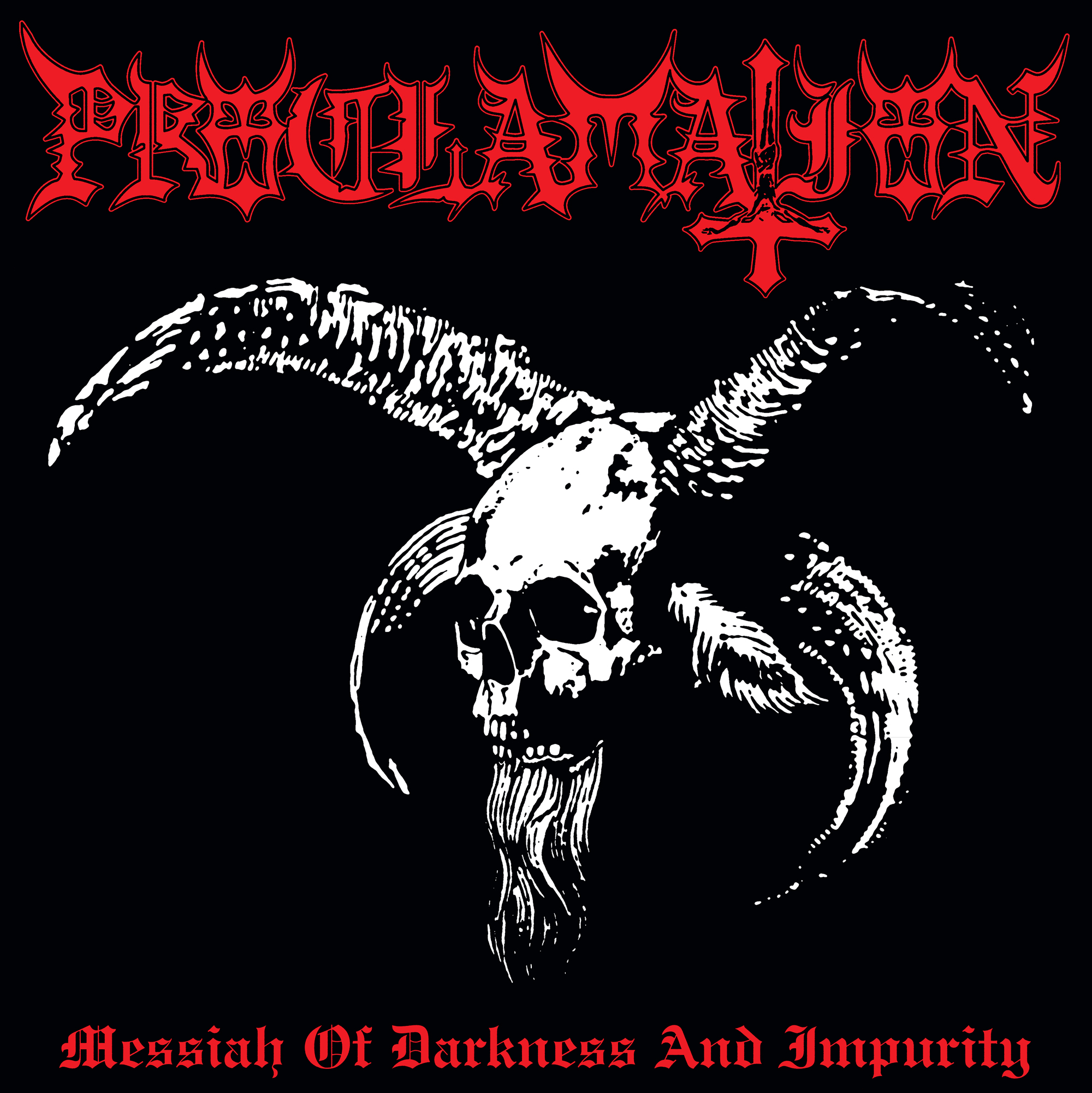 While bands like Blasphemy, Beherit and in a lesser extent Sarfcófago defined a viciously suffocating brutal sound in the late 80’s and early 90’s, it took more than fifteen years for other bands to really pick up that extremely barbaric sort of Black/Death alloy. Sure, there were bands who were attracted to this primal sound, but they barely surfaced or resided (consciously or not) in the absolute underground scene. From one of the most unlikely places on earth, the nice and warm country of Spain, came two bands that felt perfectly at ease in the uneasy chaos of this genre: Teitanblood and Proclamation. While Teitanblood chose a more Death Metal-approach, it was Proclamation in particular that came closest to the authentic Blasphemy-sound.

Two years after their debut album, ‘Advent Of The Black Omen’, the Spaniards came up with this follow-up, ‘Messiah Of Darkness And Impurity’. In fact, they could not have chosen a more appropriate title. As true messiahs of darkness and impurity, they once again work their way through a ten-song set with a total playing time of just over half an hour. Proclamation’s Black/Death Metal leaves nothing to the imagination, it is simple, pummelling, chaotic, vicious and above all incredibly filthy. As on the debut, the band sounds very focused on doing exactly what they love: producing savage, barbaric Black/Death with that distinctive sawing gravelly guitar sound and pitch-shifted vocals and screaming guitar solos. The production on this album is a little less dark, making the drums in particular stand out a bit more and also give the guitar solos a more prominent role. However, these are really minimal details that the average listener will probably hardly notice.

The utter determination and perseverance of these guys is commendable and although you can argue that the purity and spontaneity of the early Blasphemy recordings were sincere and these Spaniards are obviously aiming for that sound, Proclamation undeniably succeeded in delivering just that authenticity. With the release of their debut album Proclamation came at exactly the right time to revive this almost-forgotten sound and with ‘Messiah Of Darkness And Impurity’ they further solidified it. (FelixS)