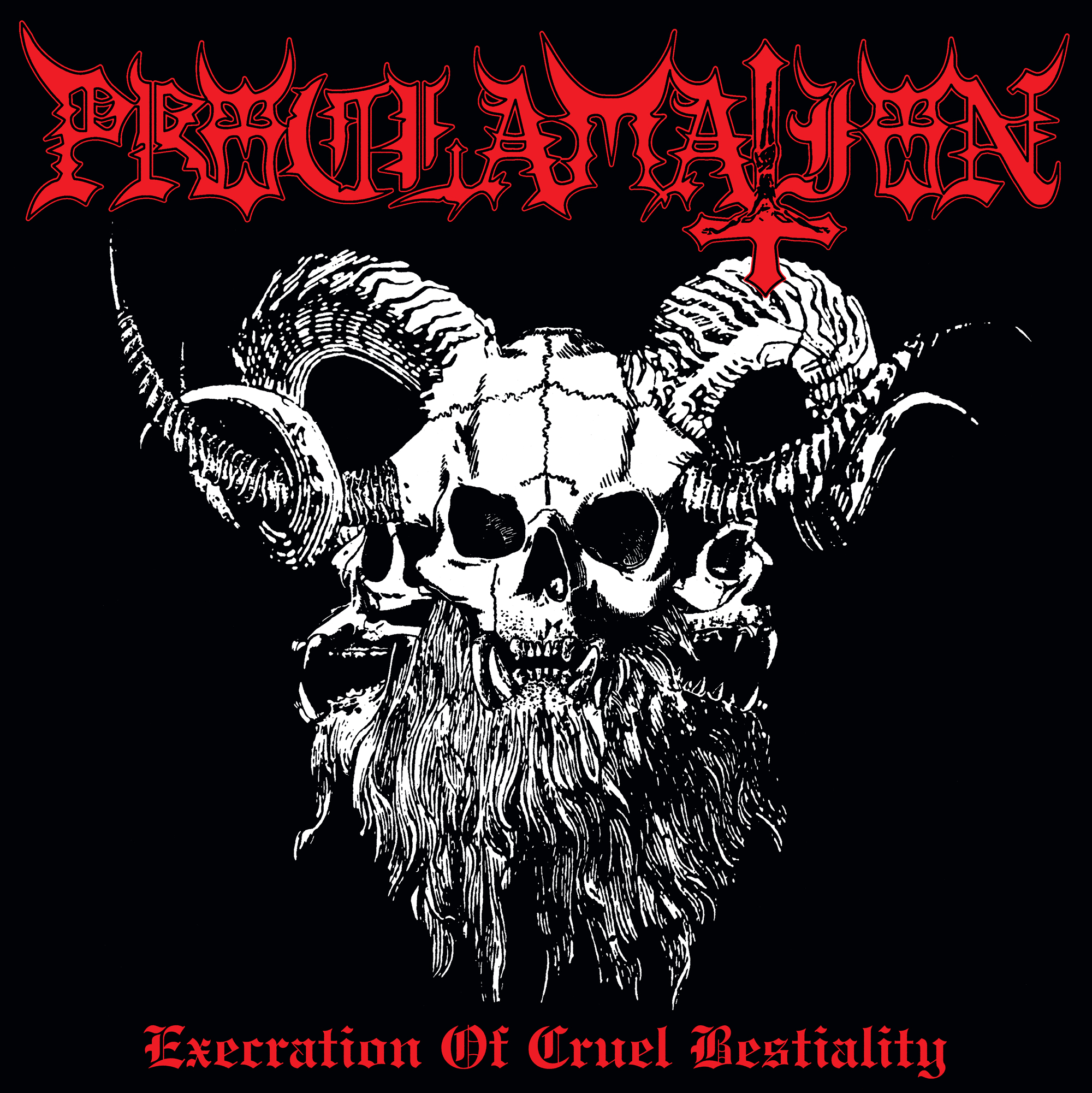 Whether it is due to the limitations of the Blasphemy-based Black/Death Metal or simply to the unbridled commitment of these Spaniards, but it has only taken the band a little over a year to come up with new material. Again, this third effort, ‘Execration Of Cruel Bestiality’ sounds like old times, uncultivated and crude.

Compared to its predecessor, 2008’s ‘Messiah Of Darkness And Impurity’, this third full-length sounds even rougher. If there is a superlative of rawness, it is definitely Proclamation. Yet, this approach suits the band just fine, and with that minimal room to move that the genre offers, Proclamation still looks for opportunities to offer some variety on the margins. On this album, for instance, the Spaniards sound more like a Black Metal band and the Grind content is a bit lower. Still, the sawing guitar sound is present, but it is muffled deeper into the mix. When the guitar does stand out overtly and very loudly is when it cranks out one of those signature screaming a-musical solos. More than these subtle changes are not noticeable and these fine gentlemen remain faithful to the sound they honor with so much dedication and devotion.

Along with Denmark’s Sadomator, Proclamation was one of the best new bands on this front and are also credited with bringing back this iconic Ross Bay Cult-sound. Sadly, both bands are now defunct, but they definitely helped sparking something. That ‘something’ is brewing in Asian countries in particular, spawning new acts that are coming our way via the stables of the likes of Iron Bonehead Productions. (FelixS)