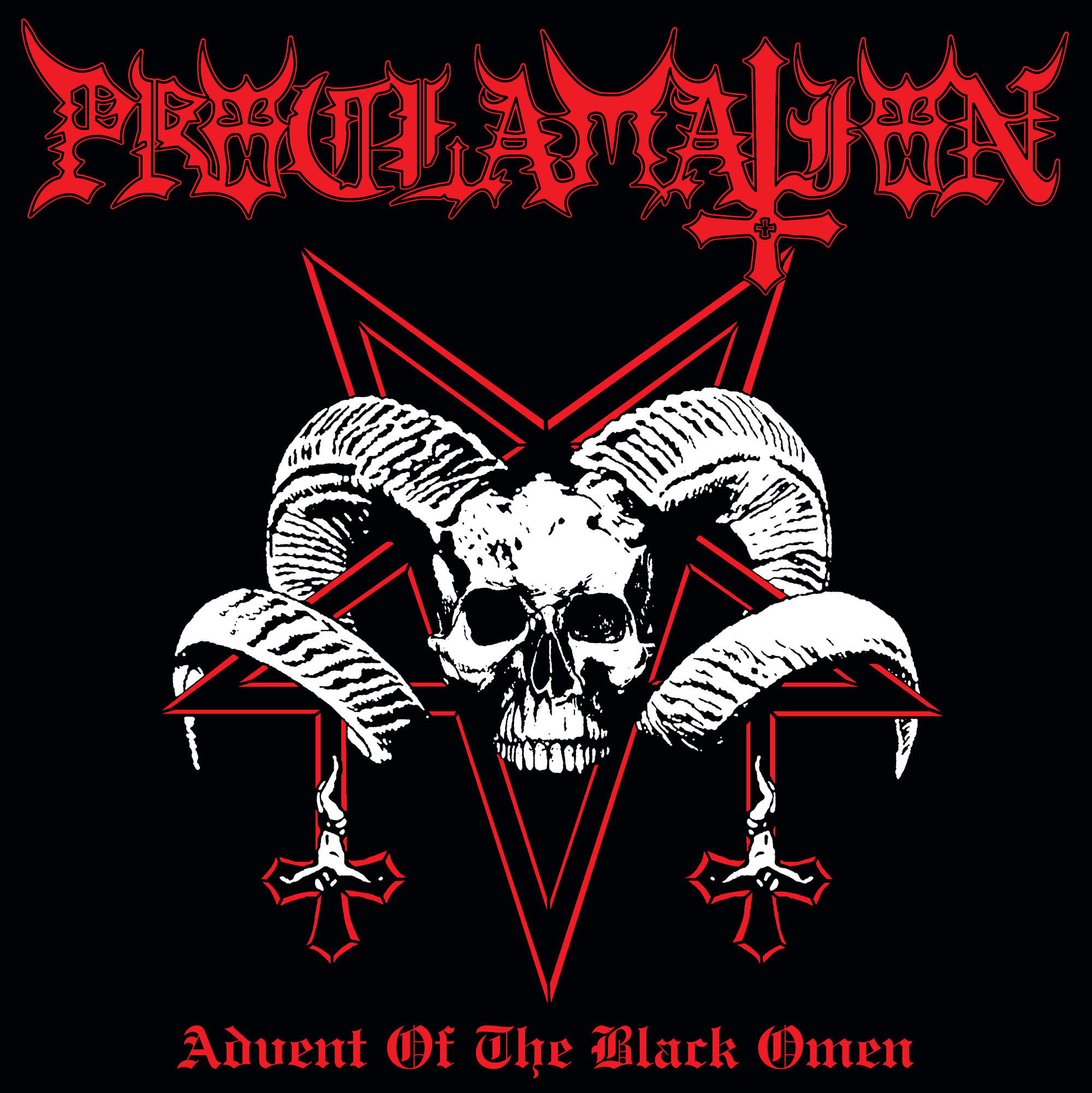 As a reviewer, you are happy if you can write something about a good band or a nice release. People who occasionally read my reviews will have recognised that I like to give some context to the music I review, putting them in historical and musical perspective. This is often a challenge, requires some research and thus some extra work. But there are also releases that are challenging for an entirely different reason. Like the re-releases of all four albums by Spain’s Proclamation. Proclamation’s musical direction does not exactly excel in dynamics and variety, so dissecting four albums almost identical in sound is no easy task.

The first of the four albums is this ‘Advent Of The Black Omen’, originally released in 2006; like the others, Nuclear War Now! Productions along with Ryan Forster’s (of Blasphemy and Conqueror fame) Ros Bay Cult is responsible for the release. The Spaniards showcase an unadulterated clunky mix of Black and Death Metal that is best compared to Canada’s Blasphemy and Black Witchery. The chopping drumming is far from refined, not to mention the a-musical guitar solos. The gritty guitar sound also suits this extremely well, most closely resembling that of Finnish Archgoat. The few moments to catch your breath are some calmer eerie sounding passages that serve as intros, after which the band lapses into apparent chaos again. As such, it definitely takes several spins to let everything sink in properly. If your mental and physical condition can handle it, you will, eventually, be able to discern some structure in it. But it is clear that this is not for the faint-hearted.

‘Advent Of The Black Omen’ came out at a time when there was a certain momentum for this kind of music. Along with the first releases of the likes of Sadomator, Revenge and the debut of the much longer-established Archgoat, they form a brooding, festering base for this ultimate sort of musical barbarism. Proclamation certainly helped set a standard with their debut album. (FelixS)