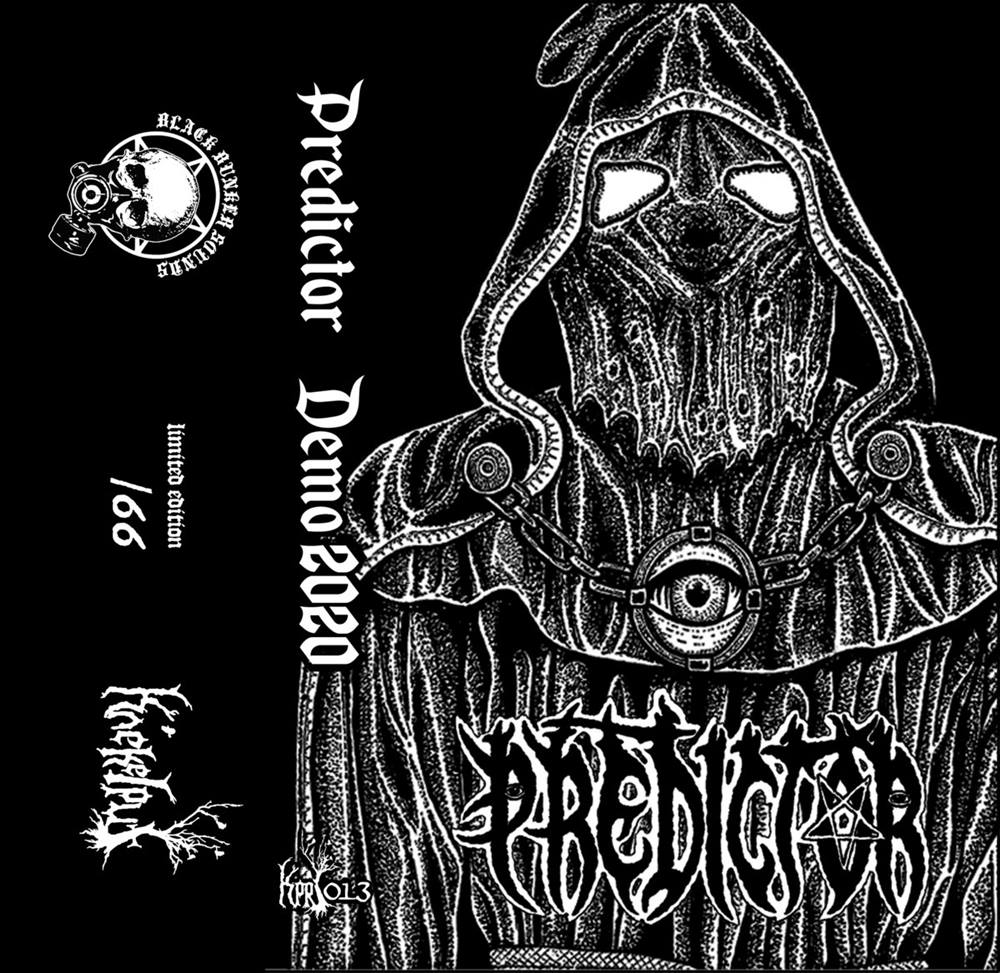 Predictor are a relatively new Black Metal band from Germany featuring Cryptic Tormentor ( Baxaxaxa, Ungod ) on drums and Lord Noctifer (Guitars, Vocals). The band itself plays a form of slimey, morbid and noisy apocalyptic type of Black Metal, full of blasphemous fury and raw gritty instrumentation. With songs like “Infernal Goat Squadron”, “Smell of Sulphur” or “Retaliation of the Ravished” it isn’t hard to determine that Predictor aren’t exactly sponsored by the WWF but by the horned deity himself.

Offensive and merciless tremolo picking on the guitars, vitriolic vokills that reek of fresh goats blood and barbaric pounding on the skins – it’s all there. The songs themselves range from mid paced, pummeled aggression  to fast blast beats and the 4 tracks bathe in this raw, primitive nefarious atmosphere. Production is impeccable.

As the Lord Noctifer also owns the Black Bunker Sounds underground label, it remains to be seen whether Predictor is a full-fledged band/project or just an outlet to promote this new label.  Only time will tell and for now people who are into true satanic Black Metal can enjoy this demo. (LCF)