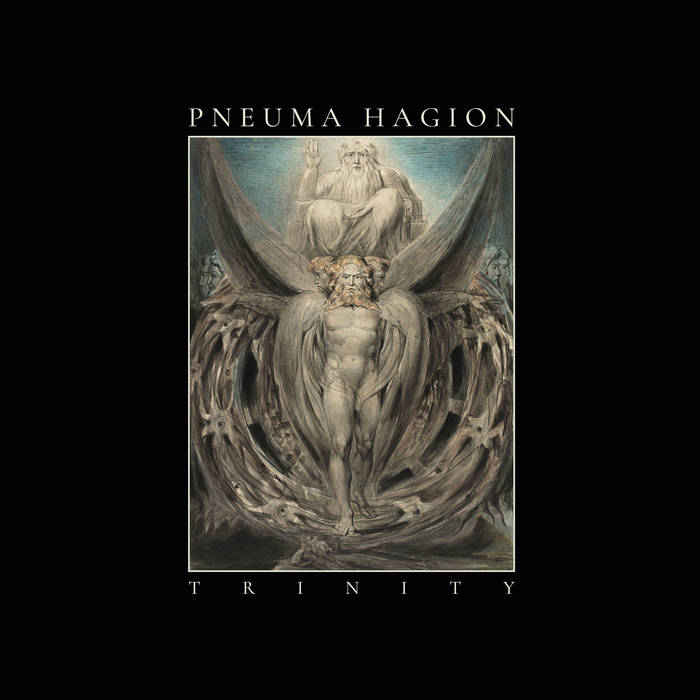 Metal has gone through different stages in its existence. It has gone through the paths of technical and virtuous, the corrosive and extreme … but a few years ago are developing very interesting bands that give priority to the atmosphere beyond the musical, trying to make you live a more connected experience to a ritual. These bands have opened new doors, not suitable for everyone, much less for lovers of technicality, but for those who seek to immerse themselves in black and mystical atmospheres. Well, Pneuma Hagion belongs to these sound experiences, but with a form that lets you enjoy its rhythmic lines. The backbone of the band is Death Metal taken to a very dirty and rotten extreme, with voices that seem to come from a monster of the caverns. In fact, the voice is quite a highlight in Pneuma Hagion. The tone so low reaches abysmal excesses very appropriate for the style of the band. To give a better idea it is pertinent to refer to the creepy introductory voices of “War.Cult.Supremacy” of Conqueror, but in this case it is not intros, but they are part of all the songs. Another essential factor of Pneuma Hagion is the density that bursts into each theme, giving the band the ritual spirit. Incantation in its early period is a good reference to understand this funereal sense of Pneuma Hagion. However, the matter does not remain there. We are not talking about a band that is based only on Death Doom Metal, as well as can feel a marked influence War Metal. If I mentioned before Conqueror was not free and this I can add Blasphemy. The use of the guitar with certain “diffuse” characteristic and the classic battery of War Metal put the necessary filthiness so that this combination between the dense and chaotic result a black atmospheric experience.

“Trinity” is the sum of the first three demos of Pneuma Hagion, all made in 2015. Short tracks, quite expressive and composed in order to leave you overwhelmed. Cavernous and misanthropic, a material designed for the followers of Blasphemy, Incantation and Thergothon. This compilation also includes “Rituals of Extinction”, EP of 2017, which is developed in the same style as the demos but with some more typical parts of Old School Death Metal and Grindcore (like the old Carcass). The name of the band is in Greek and means Holy Spirit. However, when listening to this material you understand that of religious it has nothing. Finding out more about Pneuma Hagion, R. (his only member, who is responsible for all instruments and vocals) argues that this name represents the divine spirit that is within man, which in turn (in Gnostic terms) is the same substance of the true God. This god has nothing to do with those of religions, but it goes before all of them. These concepts are mixed with a dismal vision of the planet for Pneuma Hagion is born. This work is not suitable for lovers of the virtuous or for those who only seek brutality … this is aimed for those who like atmospheres, atmospheres that give you a nightmare, thrown into the lethargy. (Mario)