Pentacle – Spectre of the Eight Ropes 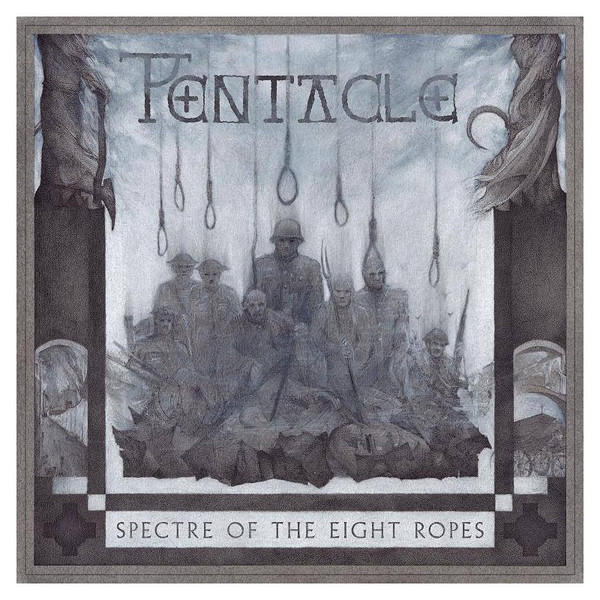 You have a couple of certainties in your life. Something with a sperm cell and an egg, something with dying, the last Death Metal addict on the internet will make fun of Six Feet Under, Amon Amarth will not change their Viking-theme and you have Pentacle. The Dutch Ancient Death Metal juggernaut who will never fail with their Old School quality Extreme Metal. The third full-length, 14 years after “Under the Black Cross”, is once again a shell burst which would bring North Korea to its knees…Kim Jong-un would shake the hands of the brave man behind Pentacle and say “You’ve done it. We surrender…and get normal haircuts”.

If you are familiar with Pentacle, and I bet you do, you will hear nothing new as you would expect from a Pentacle album. But once again, the riffs, the recognizable growl, the songwriting, pace changes pounding drums, the “Ugh!”…you won’t be disappointed for one second. And of course, I can throw the usual suspects at you by naming Celtic Frost, Hellhammer, Asphyx, Sadistic Intent and so on, but more important Pentacle is 100% Pentacle. Traditional and deadly…the ancient way!

If you call yourself an Old School Death Metal collector you just can’t pass this album. I assure you, you just can’t. “Spectre of the Eight Ropes” is once again a great addition in the discography of these Dutch masters and without any hesitation this great addition should be in your collection as well. Who to conquer next? (Ricardo)