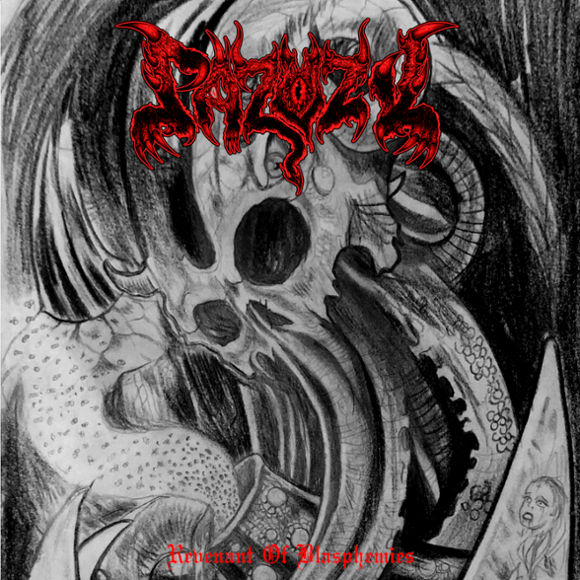 Pazuzu, the sumerian demon, lord of all fervers and plagues (you know that). Also a band from Costa Rica, and “Revenant of Blasphemies“ is their first demo.

Originally released in 2017 by Psychogrind Records, Dunkelheit Produktionen is now re-releasing this obscure demo digital, on CD and Vinyl as well. A necessary evil? Of course! Probably already sold out and only known by die hard underground activists, this band needs more exposure, so it’s more than great to see the first step of this band being reissued. The instrumental intro takes you right back to late 80s/early 90s before some real doomy Death Metal kicks, down tuned, like Finnish masters, Cianide or Carcass like bands, or prefer Coffins? The vein is similar, groovy, ugly disgusting and well written. The band can also accelerate and dive into a blastfest without exaggerating. The production is moody, old school all the way but still well balanced, making everything audible. The reissue was remastered from the original tapes. This stuff is for all the old schoolers out there!