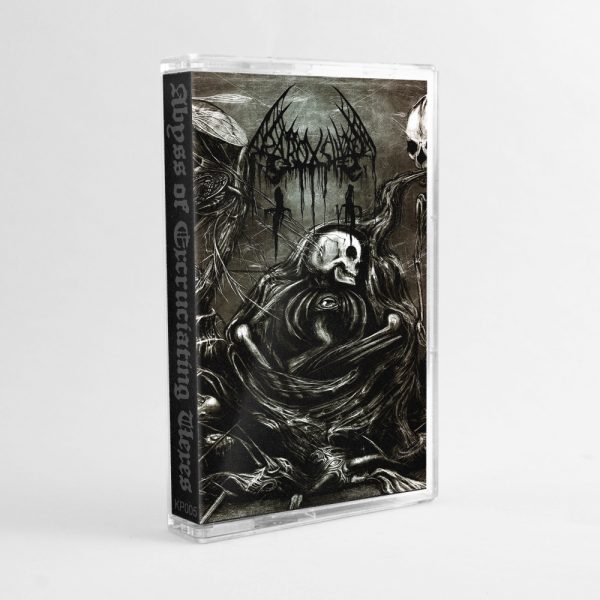 Originating from Toronto (Ontario, Canada) and active since 2007, Paroxsihzem has been slowly but strongly consolidating their position as one of the lead acts in the now-immense filthy side of the death metal world. Since their self-released debut back in 2010 (later rereleased by the likes of Dark Descent Records, Hellthrasher Productions and Krucyator Productions), the band has been conquering their territory on their own merits, by always moving up a notch with each release they put out and this one is no exception! Despite being an EP with just five tracks, with a runtime of close to a short 25 minutes, the music is so massive that it seems you’ve been transported to a whole new suffocating dimension and back by the time it reaches its final seconds. The musical precision is present on every turn, with the whole band (by the time of this tape release, complete with a five-member unit) cohesively performing at its peak with extraordinary accuracy. This is a definitely “must grab” for fans of bands like Adversarial and Mitochondrion, while we all wait for their sophomore album, hopefully in the near future. (Antonio)