Panzerfaust – The Suns of Perdition – Chapter II: Render unto Eden 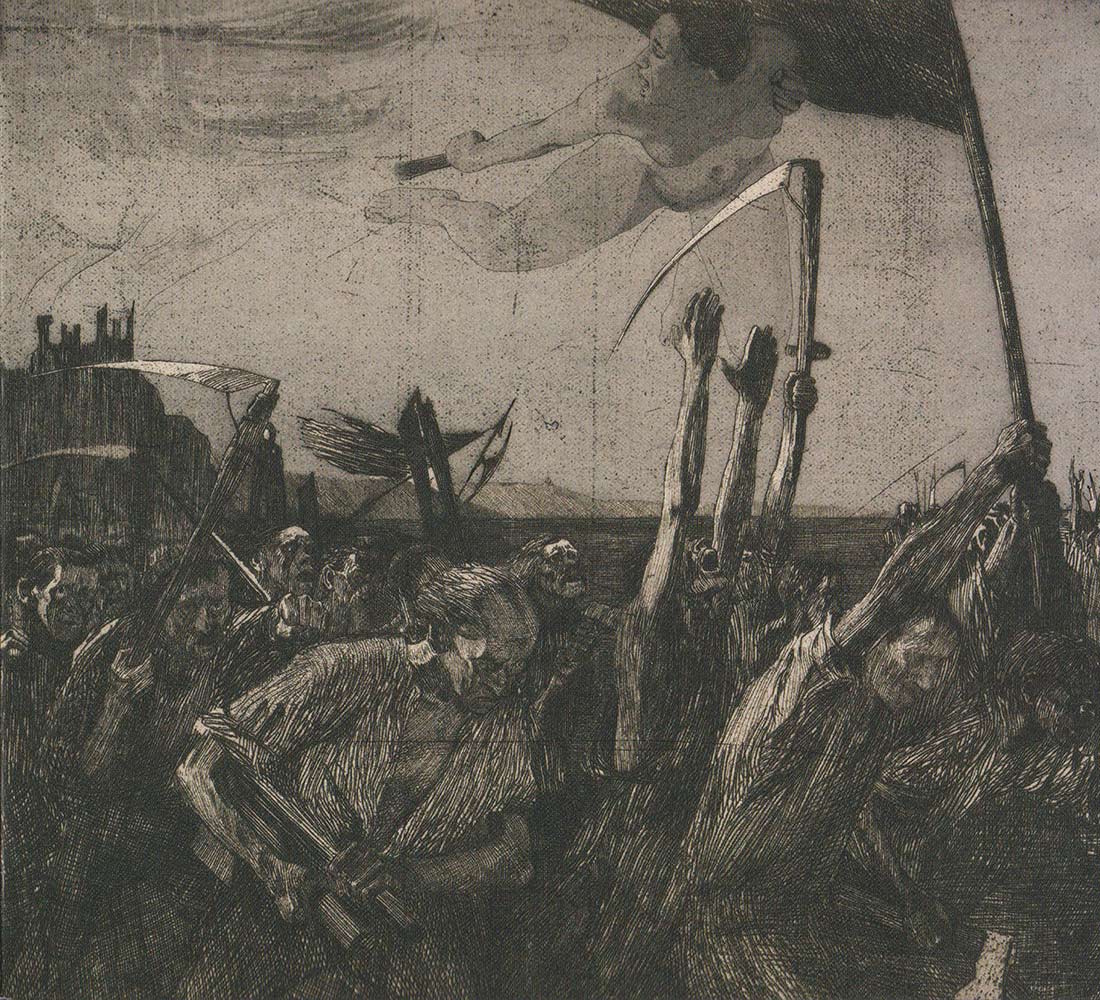 Even though the band came into existence in 2005 and released three full lenghts, three EPs and a split (with Totalus Necrum in 2007) before The Suns of Perdition saga started, they remained relatively unknown to the wider audience until the release of ‘The Suns of Perdition – Chapter I.: War, horrid War’ in 2019. Chapter I. literally catapulted the band onto the international scene and they became a band ‘to keep an eye on’. After some questioning if the band is able to put out a worthy follow up to the stellar Chapter I., the listeners were quickly shut down with the release of ‘Chapter II.: Render onto Eden’ at the end of August 2020.

Following the tracks Panzerfaust have set for distinguishing their own sound in a myriad of other bands writing and performing of similar topics (for the uninformed, Panzerfaust was a single shot recoilless anti-tank weapon operated by a single soldier developed during World War II, which made it the most effective anti-tank weapon at the time; since the war, darkness and death topics are the most used in the extreme metal spectrum, the band had to make themselves stand out) immediately recognizable with duelling vocals combining low growls with higher shrieks which usually give an impression of soldiers yelling through the noises of the battlefields.

Through a fading in, almost ambiental combined with a muffled recitation of the most famous Aeschyles quote, which sets the tragic undertone for the rest of the album, we enter the mesmerizing opener ‘Promethean Fire’. The song takes its time to build up to a very organic sounding combination of drums and bass, followed by (still building up chaotic) guitars. Since this is the longest song on the album, it has the possibility of building itself up several times, so around the half of the song the guitars lose some of the chaos which is handed to drums and bass. When they do their bidding, the song slows down even more and incredibly sorrowful female vocals (courtesy of Maria Arkhipova of Arkona). And this is just the first song!

The mixture of different elements is skillfully continued in the following songs on the album, taking interesting turns throughout, but never going too far from the set standards. It vividly paints the pictures of topics it’s describing and keeping everything balanced. None of the instruments stand out too much or is left behind. One of the stellar points of the album are also the lyrics, which are powerful and most of, intelligently written to make sure you understand what you’re listening to.

Times when metal bands were just about stacking riffs upon riffs, blast beats til you drop and sheer yelling with no meaning are fading away and extreme metal is showing itself as a true art. Panzerfaust are one of the bands that truly stand behind what they do, since everything they do is meticulously crafted and each thing they do is placed at the exact moment when needed, even though it takes inspiration from many different sources / sounds / textures etc. Chapter I. was superb in my opinion, yet it’s been crushed by Chapter II. And now we wait if the band will be able to keep up or even improve in further parts of their own saga. (Black Mary)