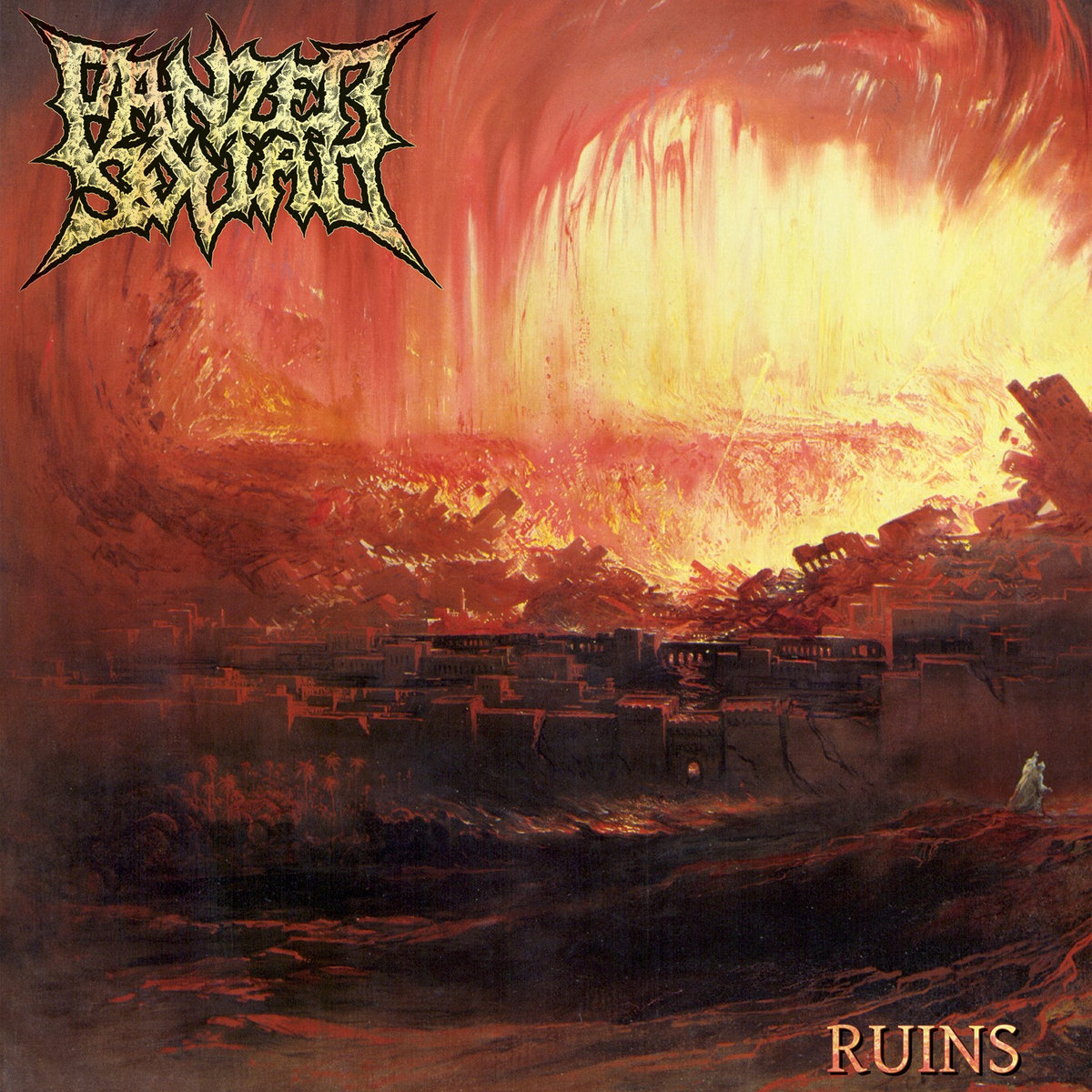 When looking at the album cover from the second studio album titled “Ruins” I thought I’d had to deal with a Death Metal band, but appearances are deceptive cause this German band plays Thrash Metal with a big punk sauce poured over it. No modern, brave Thrash is what you’ll hear, cause the sound these guys produce sounds underground,  filthy and dirty where D-beat is plentiful present.

This album has been released in 2018, but if you would say this album is somewhere from the begin years of Thrash you could convince me immediately! Okay, it’s not originally at all, but the nasty sound is something that appeals to me. Also the fact that few variation is added on this disc could cause some frowned eyebrows among the listeners, but if you can slide this to the sides I’m sure you’ll have a party the entire 40 minutes. I could bet my money on the fact that this band creates fun for the audience when performing live! Track “Societal Funeral” does remind me of the band Iron Age, just because of the riff that is audible the entire track.

Pretty sure fans from the old Kreator- and Sodom style will dig this, just because of the old school feeling (and vocals) these guys  revive! Crossover fans will also embrace this release, they just have to check out track “Victims of War”. (Fredde)