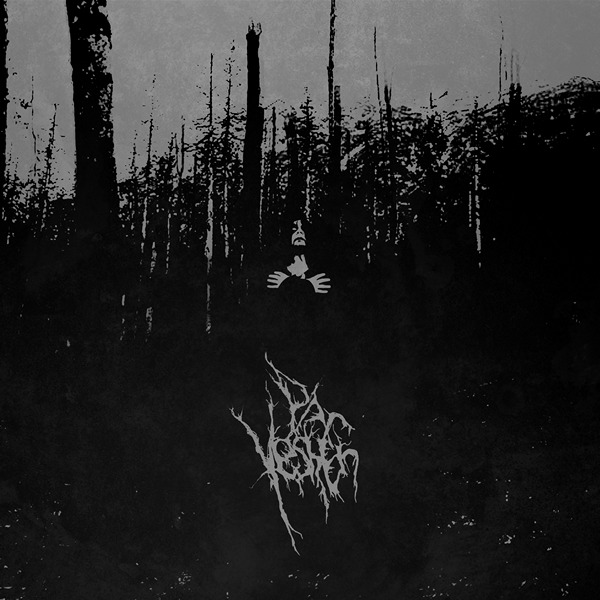 I have listened to every Pa Vesh En release I could get my hands on and already reviewed some of them. While I’m clearly running out of words to describe his work with my very limited English vocabulary, he’s not running out of ideas how to make the music he makes stand out in the murky hellish cauldron of raw Black Metal, yet remaining true to both, the art itself and his idea of it.

The EP “Cryptic Rites of Necromancy” was released in the beginning of May 2019, only a couple of months before his sophomore full lenght “Pyrefication”. The warmer days were the right moment to channel this ice cold and evil sounding atmosphere, which became one of the most recognizable traits of this artists work.

Following the short, ambiental intro which starts to build the frightening and painful tone of the record, the chaos and insanity seem to build up through “The Witness of Ceremonial Witchery” and reach their highest point in “Raised from the Grave” with the help of the classic Black Metal tremolo picking, reverb, blast beats and seasoned with inhuman screams of complete lunacy. The last song on the EP, “Entwined with Snakes” slows down a bit and shows faint glimpses of melody, but this just creates the perfect atmosphere for the discomfort to raise its ugly head again. The misery snowballs through the clash of slow paced guitar and fierce drumming, reaching its highest moment just before the end. Besides everything else, it’s actually impressive how many feelings can be described through dark music in mere 13 minutes.

Pa Vesh En is building his own world with only the terrifying soundscapes he creates. His mind stands strong, which provides him the capability to shatter the minds of avid listeners who know what to expect from him, and completely destroy the minds of the ones who only believe they are prepared for such darkness. Handle with caution, because this one is devastating and intoxicating at the same time. (Black Mary)