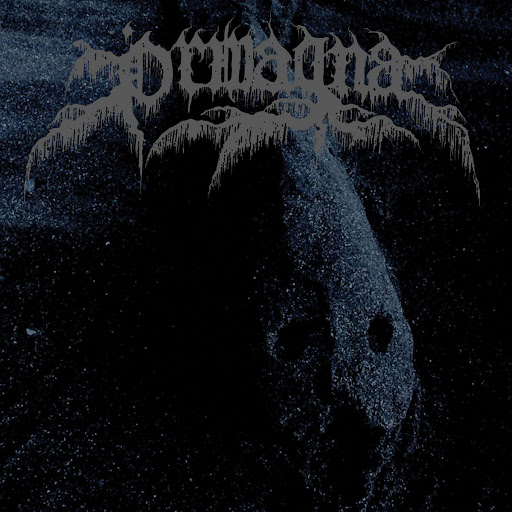 Hailing from Iceland, the relatively underground newcomers of Örmagna surprised friend and foe with their self-titled debut in 2019. Since then this debut has taken the scene by storm.

We at VM-Underground now sit back and overview what this album holds.

Örmagna are often placed at the modern Black Metal hotbed of Iceland. Be it modern or archaic the dissonant, monumental sound displayed on “Örmagna” has the effect of a hydrogen bomb: grand, cinematic tremolo picking, huge epic riffs, a cascade of percussion and tormented vocal theatrics create an atmospheric yet dense and overwhelming dynamic sound. The passion, the need to lay one’s heart into the music seeps from the songs.

The album combines brutality, ambience and strong lyricism into one and for 41 minutes long you can drown yourself in the all engulfing black splendour of Örmagna.

Musically, bands such as Deathspell Omega, Misþyrming,Svartidauði come to mind.

This is indeed a very noteworthy album whose musical value, immense variety and sublime features only emerge after a couple of intense listening sessions.

Those who like their Black Metal music adventurous, tumultuous, composed with dedication and mercilessly hard – get a copy of Örmagna or check them out on the appropriate channels.

We at VM-Underground are satisfied. (LCF)