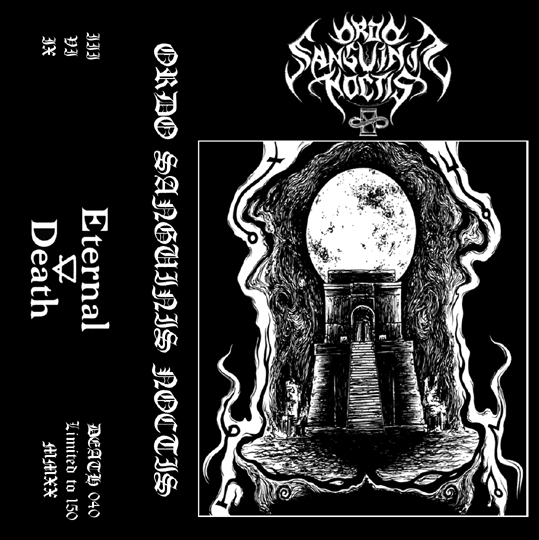 The Poles have a remarkable tradition in Black Metal, music wise. A cold and eerie sounding Black Metal, sharpen throughout the decades, has made of the Polish scene one to be reckon with, and this duo – Wened Wilk Sławibor and Vorthax – carries the flame, per se, into new generations.

Summoned in 2015, the band has released, so far, 2 Full-length albums: “In The Black Tomb of Time” and the one we have before us, “Chthonic Blood Mysteries”. Musically speaking, this is a band that chooses to expand their melodic side, rather than endeavor into a violent journey through the guide-lines of obvious Black Metal. a slow pace, a very, at first, basic and simplistic approach to the genre, might make people look twice,mostly to check from which year is the record from. Does it sound dated? No, in any way. In fact, one might say that it sounds just like today’s Black Metal releases – the ones I go for, at least: slow, yet abrasive; melodic, yet khold.

There are 2 things that I undeniably loved about this release: the fact that they chose to sing in their mother tongue – sometimes – giving the record that Master’s Hammer / Root feeling to the sound, and, still related to the vocals, their preference, not for “screams”, but opting for a harsh, aggressive sort of singing. It’s classic Black Metal from the Eastern Front, comrades! Most of the tracks are sort of long, but very well structured.

Those into different, yet recognizable lines of Black Metal, will enjoy this release. (DanielP)