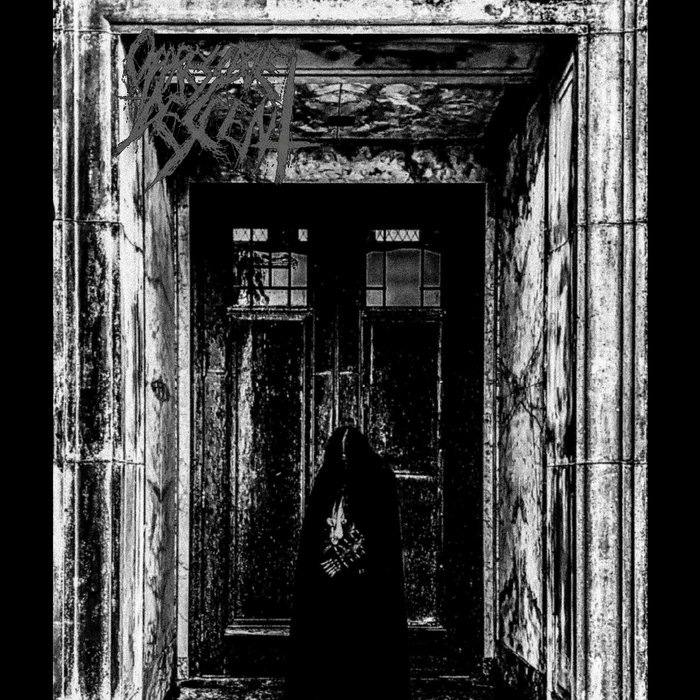 “Hey MacDaddy, what’s that noise?” My eighteen years old daughter as she walks through the living room.
“Jesus Christ, it sounds like the static between two radio channels.”
Me:”That’s Oppressive Descent and I don’t think he’s a big fan of Jesus.”
She: “why can’t you be a normal dad and listen to some old skool hiphop or Billie Eilish? You do know who Billie Eilish is right?”
Me: “Sure I do, it’s that Irish fella from Peaky Blinders!”

Apparently she isn’t a fella.

I am enjoying myself just fine with Oppressive Descent, a one man raw Black Metal band from Portland, Oregon. Grond Nefarious, the sole member is a busy creature. He has participated in several bands and projects, released a ton of material as Oppressive Descent.

“Alchemy and War” is my introduction to Oppressive Descent’s oeuvre and after a short and violent intro, the title track fires off it’s cold lashing riffs and tight (mechanical) blasts setting us up for forty minutes and six tracks of misanthropic Black Metal. “Unfettered Gleam Of Lucifer’s Wings”  sparingly thrives on blast beats, is mostly mid paced and full of atmosphere, veiled in a cloak of bitter melancholy. Halfway “Oppressive Descent” provides some rest in the form of short instrumental yet very emotional breathing space. “A Thousand Wounds Of Malcontent” serves us a dish of very melodic and grimly Black Metal.

In each track you can hear that mister Nefarious isn’t a greener in the Black Metal scene. Everything is well thought through, the tracks have that raw and underground feel to it, but the details, which there are plenty of, aren’t muffled away under tons of reverb or a clumsy basement production which makes this full length pretty “easy” -uhum- to process. The monotone drum sound reminds me of the sound created on Paysage d’Hivers “Schnee IV”. A little bit smuggled away on the background but with that impeccable timing. As mentioned above is this my introduction to Oppressive Descent, leaving me lots to discover yet. (Franki_boj)