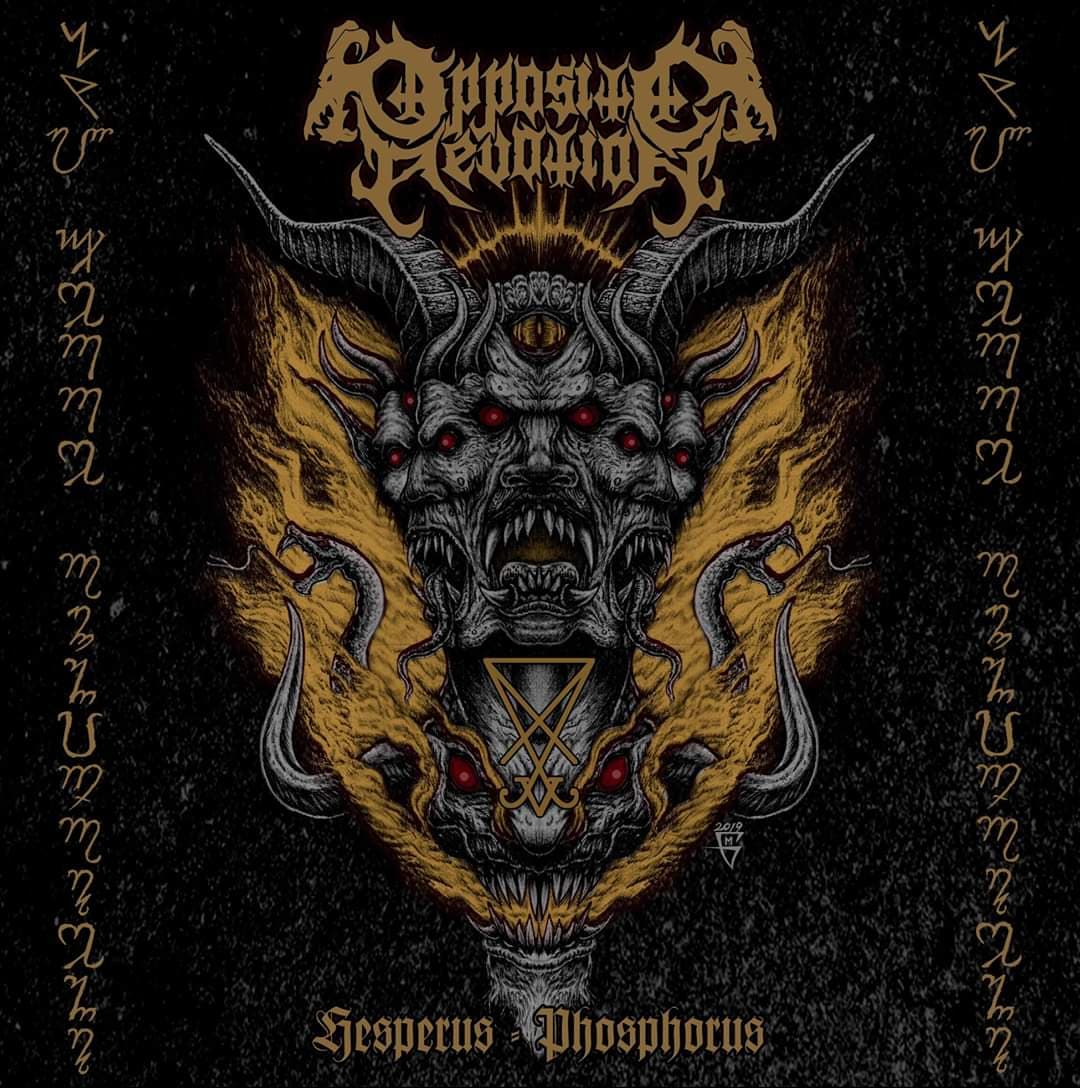 “Hesperus Phosphorus” will be Opposite Devotion’s first full length and I have no doubt that this release will consolidate its place in the underground, not only the Mexican scene but also internationally. Standing out in a year when other Mexican bands like Hacavitz and Question have released memorable releases is not an easy task.

I must point out that some of the tracks included in this album were originally included in the 2017 EP titled “Black Divinity”. However, the re-recording of songs like “Litanies to the Black Serpent”, “Crossbreaker” and “Black Dinivity”, allows the power of the drums and the voice to plunge us into absolute darkness. Honestly, I prefer the voice performance on this release over those of previous years because they incorporate a more cavernous sound. Also, the 2020 version of the songs contains some new guitar arrangements.

So, if you’ve been a fan of the band for a couple of years, you’ll realize that the rituals offered by these Black Metal worshippers can be even more vile than we had imagined. If this will be your first time listening to these maniacs, expect no mercy!

The structure of the riffs is interspersed very well with the burst on the drums. The atmosphere created at the beginning of some of the new tracks like “Black Phosphorus” and “Slaves of Crucifix”, is not a hint of calm, but rather it is the ceremonious preparation before unleashing the potential that this release offers. I feel that it had no better closing than “Black Divinity”, since each transition into frenzy rhythms is executed with precision and impeccable dexterity. The entire album is masterfully performed.

Whether you enjoyed “Profane Death Exodus” by Diabolic Oath, also released this year, or if you were possessed by the fury preached by Impure in “Satan’s Eclipse”, you should listen to Opposite Devotion. (Alex G.J.)