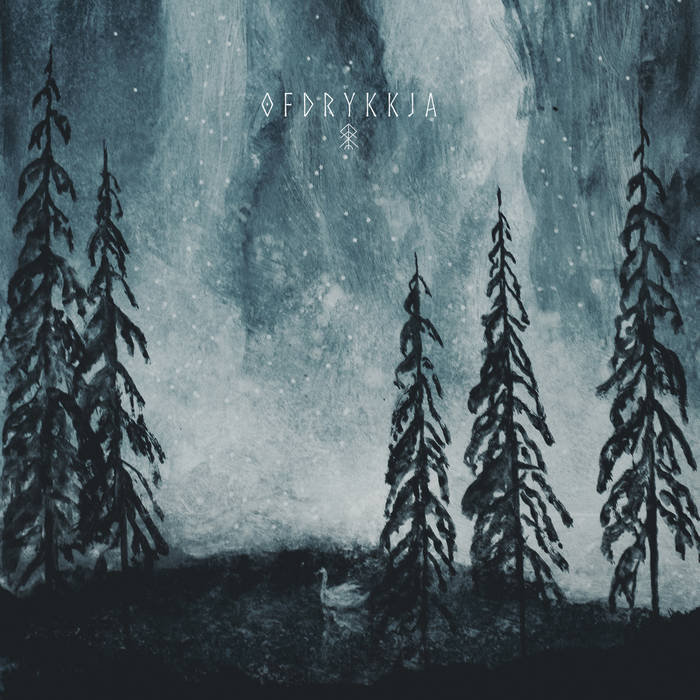 Offdrykkja from Sweden formed in 2012 and after 2 full lengths, a single and a split- they are back with their third full length release in “Gryningvisor”.

The minimalistic approach throughout this release displays a simplistic, melodic and oddly haunting feel to Ofdrykkja’s sound. Raspy vocals combined with melodic riffs which serve to harmonise all musical aspects masterfully while keeping true to the depressive feel of “Gryningvisor”. The vocals are accompanied by clean harmonising vocals serving to add a beautifully melodic touch to this depressive post Black Metal vibe. The addition of instrumental sections and breaks within numerous tracks provide another musical aspect of Ofydrykkja’s latest effort.

Unrelenting and bleak in a nihilistic and depressive manner, these Swedes displays another musical aspect in “Gryningvisor” by engages the listener in the earsplitting “Grey”. The combination of melody and strong depressive post Black Metal elements ensures Ofdrykkja to switch styles easily and coherently throughout this release, as they have done with the melodic traditional folk track “Herr Magnelig”, which displays a traditional Nordic influence with the customary mournful feel.

As said, this album displays a melancholic, post black metal sound with a particularly stark and bleak lyrical focus- both confronting and enjoyable to the listener. A mournful, oddly beautiful and eerie post black metal atmosphere which accurately describes Ofdrykkja’s “Gryingvisor” and I genuinely look forward to hearing more of their bleak, mournful releases in the future. (Sarah McKellar)