Of Feather and Bone – Sulfuric Disintegration 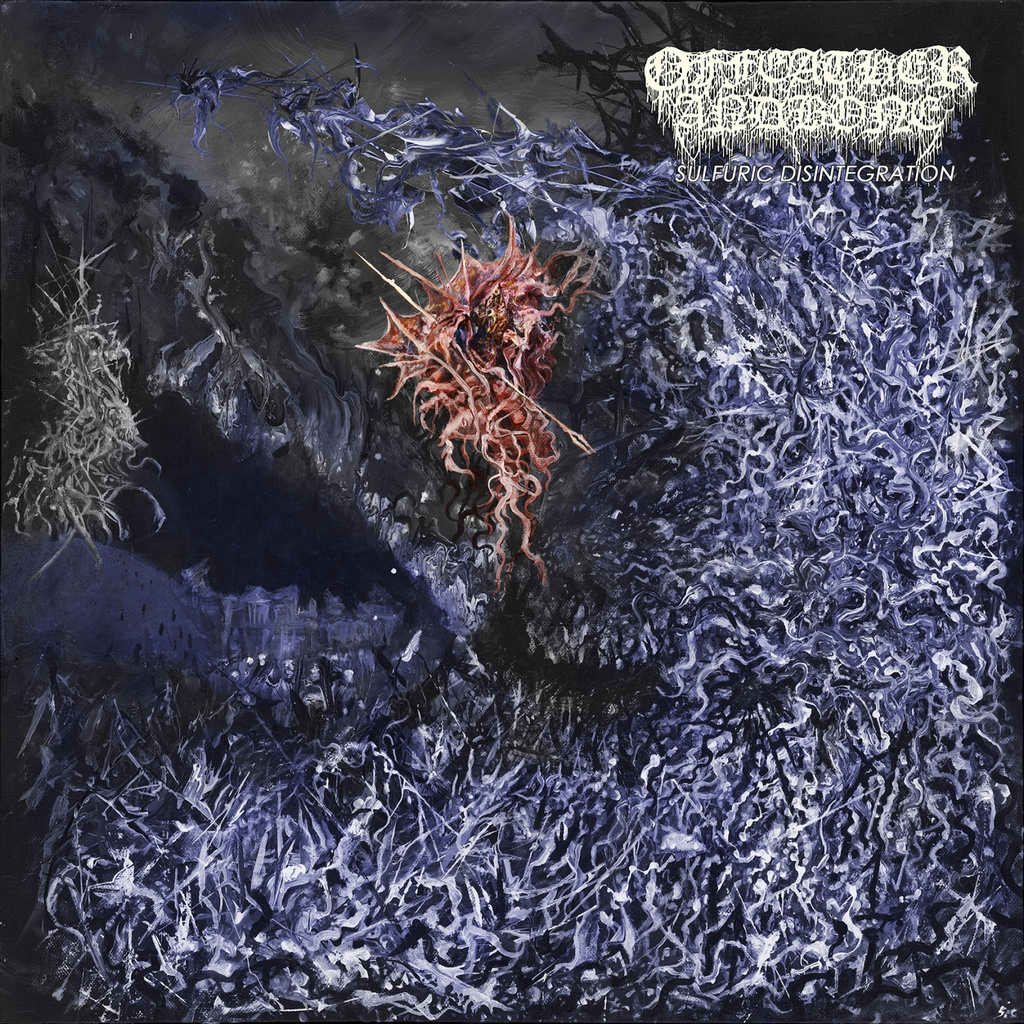 Once in a while, change is for the better which is the case for Denver based trio Of Feather and Bone, transitioned from Hardcore Punk (2012-2015) to an overpowering Death Metal style by 2018’s “Bestial Hymns of Perversion”. Progression from mentioned LP, “Sulfuric Disintegration” marks third LP under their musical belt, one of the most contuse, impenetrable, cavernous sounding albums you’ll come across.

Cover done by Australian artist Stewart Cole, who’s also done covers for Apparition, Contaminated, and Headless Death. This reminds me of a cross between two Morbid Angel covers, the geometric slope of “Blessed are the Sick”, with the color scheme of “Altars of Madness”, but layout altogether IMO inspired from a painting called “Witches Sabbath” by Dutch surreal artist Johfra Bosschart.

Notable tracks to mention are “Entropic Self Immolation” love the tremolos on guitar work that Dave Grant presents, more of a sonic yet ferocious presence & vocals that compliment from bellowed lows to occasionally high pitch, not cringy like one would expect to sound. “Noctemnania” shows variation of their song arrangement & “Baptized in Boiling Phlegm” you can hear grind rooted elements seep in on this closer.

These guys are continuously stepping over into new musical territories, making “Sulfuric Disintegration” one of their best works to be put out for 2020! (Tori Belle)