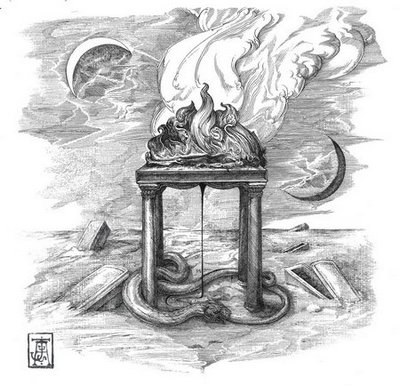 4 Finns going crazy for death metal worshipping the Necrovores and Morbid Angels of this world paying attention to crude sound and artworks If the 80s just were real now. Obscure Burial have been founded in 2012 in Turku. In the same year they released the more than promising demo „God`s Abomination“ which immediately found its way into my brain as one of the greatest demos during the last years. Pure old school madness of chaos and death. Backbeats, blast beats, groove, chaotic chord riffing, dark aura, hysteria and so one. 2 years later they stabbed again with „Epiphany“, another obscure demo which came really close to the first one in terms of intensity. Another 3 years later we finally can put another striking debut album on the list of the best old school sounding extreme metal records ever. From songs to production, artwork and so on all is there. If you love the first 2 mentioned bands don`t look further. You found what you were searching for. (DPF)