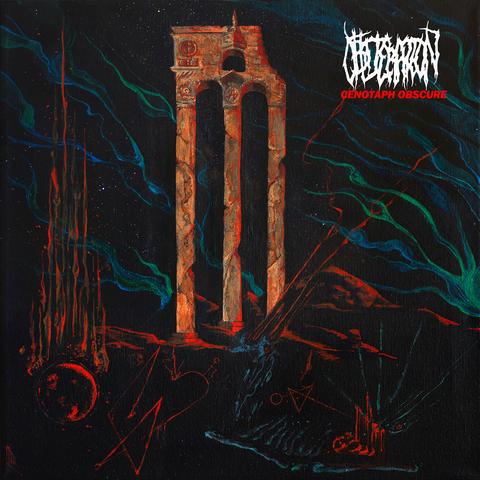 Damn, already 5 years have passed since “Black Death Horizon” has been spread upon mankind, a critically acclaimed release which was even heavier than “Nekropsalms”. “Cenotaph Obscure” is their 4th album continues where “Black Death Horizon” stopped with a full force attack of crusty Death Metal tunes of old days with a combination of sometimes thrashy moments, doomy Autopsian atmospheric journeys which then erupt into headbanging heavyness with crust and a stellar songwriting making the difference,  which only a few are capable of.

Morbid melodies, sick guitar solos, outstanding drumwork (you should watch the guys live, even better) fundamental basswork and maniacally executed vocal performance which makes them one of the most interesting bands in the genre. Shitload of riffs and variations that keep the songs and the general flow going. If you are familiar with the band don`t hesitate to check and buy this album, pure Obliteration stuff. If you are fan of Death Metal and like the chaotic crust induced Autopsy like Death Metal with a bit more variation and technicality then check it out as well. Once again, killer release of this old school psychedelic maniacs from Norway. (DPF)