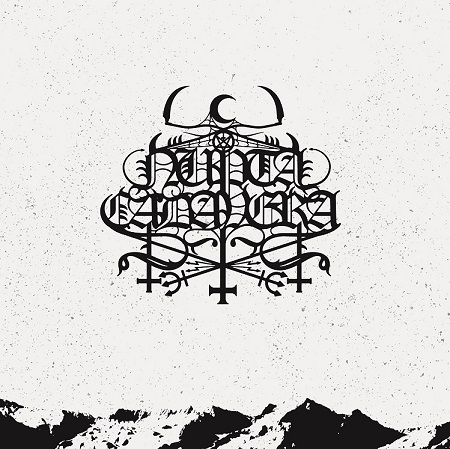 Not a lot is known of Nupta Cadavera, Latin for “marriage with a corpse”, as the bunch behind the band remain anonymous although it seems to be an international group of musicians, including members of the Korpsånd Circle in Denmark. What is a fact is that this 7” EP contains 2 songs which is considered as their debut material.

With a bleak guitar sound and raspy vocals, the use of melodic synths is a nice contrast that fits just fine. The first song “Metaphysical Cruelty”, I’ve been listening to that one over and over again. There is a certain synth part throughout the whole song that resembles  with a 80s synth song…and I just hate it that I can’t come up with it directly. Frustrating as hell, the intellectual equivalent of stepping on Lego…sort of.

But at the end, a fine piece of old school 90s Black Metal, both grim and melodic thanks to using the synths the right way. (Ricardo)