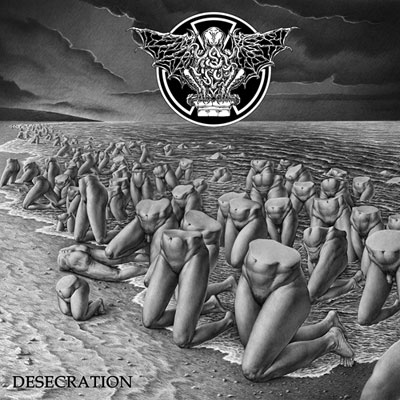 Nuclear Cthulhu is a side-project from the members of Blackdeath, and “Desecration” is their debut album. The band refers to their style as “Goat Stoner Metal,” which is a bit misleading, because the music has stylistically much more in common with bands like Archgoat and Necros Christos, than it has with bands like Electric Wizard. Regardless, this is a thoroughly enjoyable album of primitive black/death metal with a strong presence of doom. Most of the songs are quite lengthy, with eerie interludes in between to help accentuate the atmosphere. I must commend the artwork, which is absolutely surreal and compliments the band’s style. Despite the considerable lengths of the songs, this record does not contain any filler. Desecration is a fine debut offering that should excite people into obscure black/death/doom. (Filth Bearer)