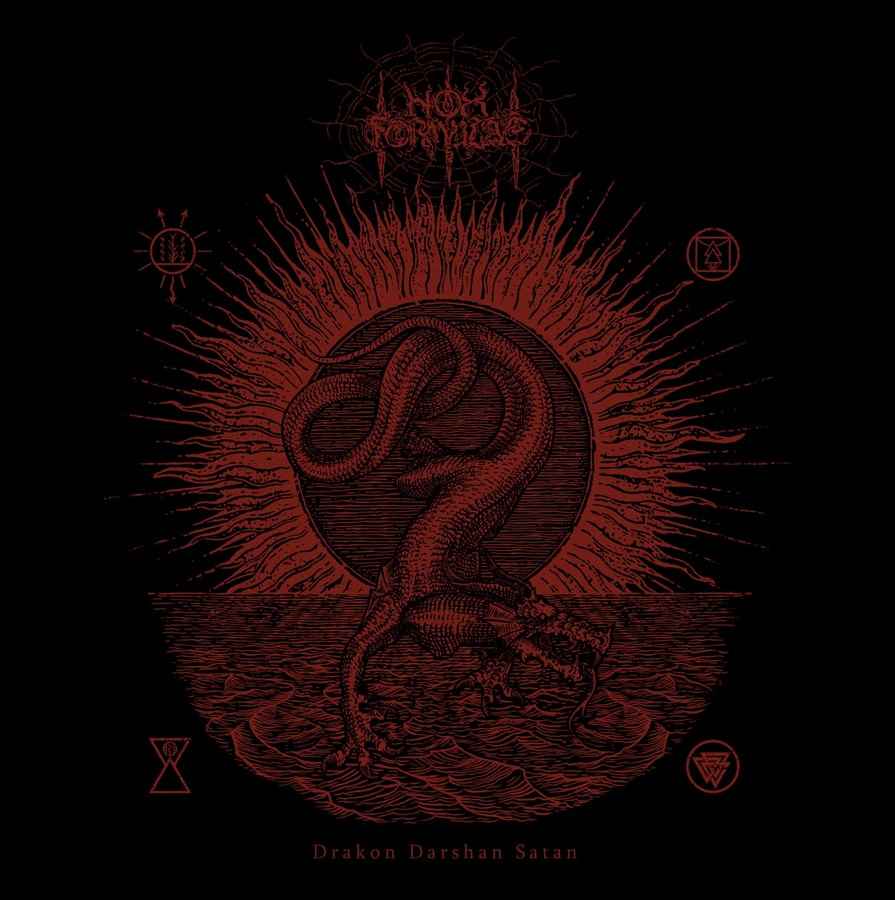 Like the aforementioned bands, Nox Formulae’s lyrical content is based heavily on Occultism, though not as straightforwardly satanic. There is a dark ceremonial magic presence throughout the record, which conjures up images of what it must have been like at a dinner party hosted by Aleister Crowley. Folks playing croquet with human femurs and oddly shaped rodent skulls out back next to Loch Ness,  while laughing jovially at old Aleister’s silly collections of funeral antiques and celebrity hair clippings.

In any other context a scene like that would be hilarious, but what makes it frightening in a very real way is the sincerity and fiendishness with which Nox Formulae perform their solemn shadowy music. It truly is a feast for the ears. Excellence in Black Metal is not easy to achieve, but this quintet from Athens, Greece have certainly done so. I will look forward to hearing more from this band in the years to come. (VUK)