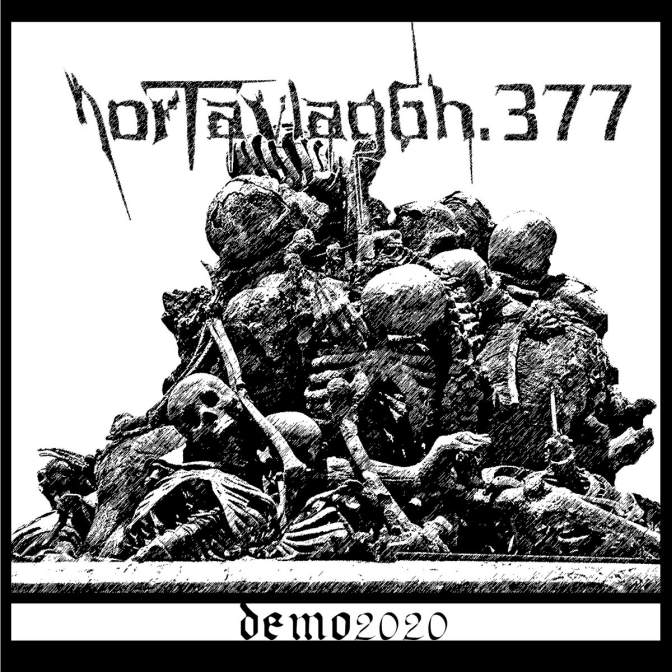 Nortavlaggh.377 or the recently upgraded NH.377 from Singapore started in 2004, with the intent of making extreme totalitarian metal and releasing a 4 track MCD which was followed a digital EP in 2006. Then the project was inactive until main musician Z:c4 decided to reactive it.

Musically this new and revived NH.377 combines the sound of War Black Metal, harsch power electronics and martial Industrial Metal: picture an amalgamation of the likes of The Berzerker, older Anaal Nathrakh, Intolitarian, Niden Div. 187, Vargr, Vondur, Mysticum and other noise terrorists and you’ll get an idea. NH.377 also seems to be greatly influenced by Scandinavian (Swedish) Black Metal, which reflects in the hard metallic and cold sound of the music.

There are 3 tracks on his release : “Plead Like Swine” and “Scream and Gasp (for your Lord’s mercy)” are both amphetamine fueled monsters, propelled by insane blast beats, coarse hysteric squeals and an earthquake worth of bass and guitars. Last track is a high octane steroid version of Bathory’s “You don’t move me” …

All tracks are well composed and performed. Maybe NH.377 have some more in store for the near future as well. Fans of pre-nuclear strike War Metal, audial discomfort and ruptured speakers simply have to check this one out. (LCF)