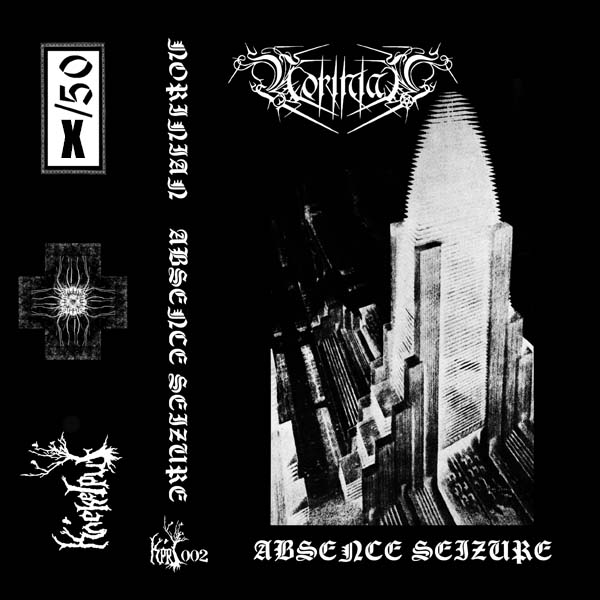 Black Metal is, in its core, a blow to normality and socially acceptable guide lines. It is a statement of Hate and Death. Praises the Self as the only relevant figure in this equation we call Life, and has this very vocal wish that Humanity finds its doom.

Well, the daily reality we are living today does not seem very different from the aforementioned one. Isolation and pandemic, 2 words that do mess with people’s minds and perspective of Society and human interaction, correct? And how do we cope with this? Norinian might help… or at least its harsh sounds will put you to rest…

Norinian is a Dutch band. They were together from 2001 to 2008, and now returned. Markam, Tsasil and Për, a three-piece that craft this heavy sound. This is essentially an extremely heavy industrial Black Metal behemoth, that leaves no room for rest. When one thinks of Black Metal and Industrial, Mysticum comes to mind. I am not an expert, therefore I will not expand on the ramifications of said sub-genre of Black Metal, but I can paint you a picture of what I have In front of me.

Imagine a factory; imagine steel and boiling steel; imagine being hit, multiple times, by a sledgehammer; imagine Ministry and Black Metal vocals. It is not chaotic as one would expect from such musical reality, having moments of apparent normality. It’s hard to judge something with which one is not very much in tune, you understand? Not that these tracks don’t have elements and moments of quality – or, at least, appealing to this guy – but sometimes they spiral into its core, its industrial, massive, harsh and punitive, core.

It is not breaking barriers, but it is surely adding more layers to the already dark and filthy sound that is Black Metal. (DanielP)