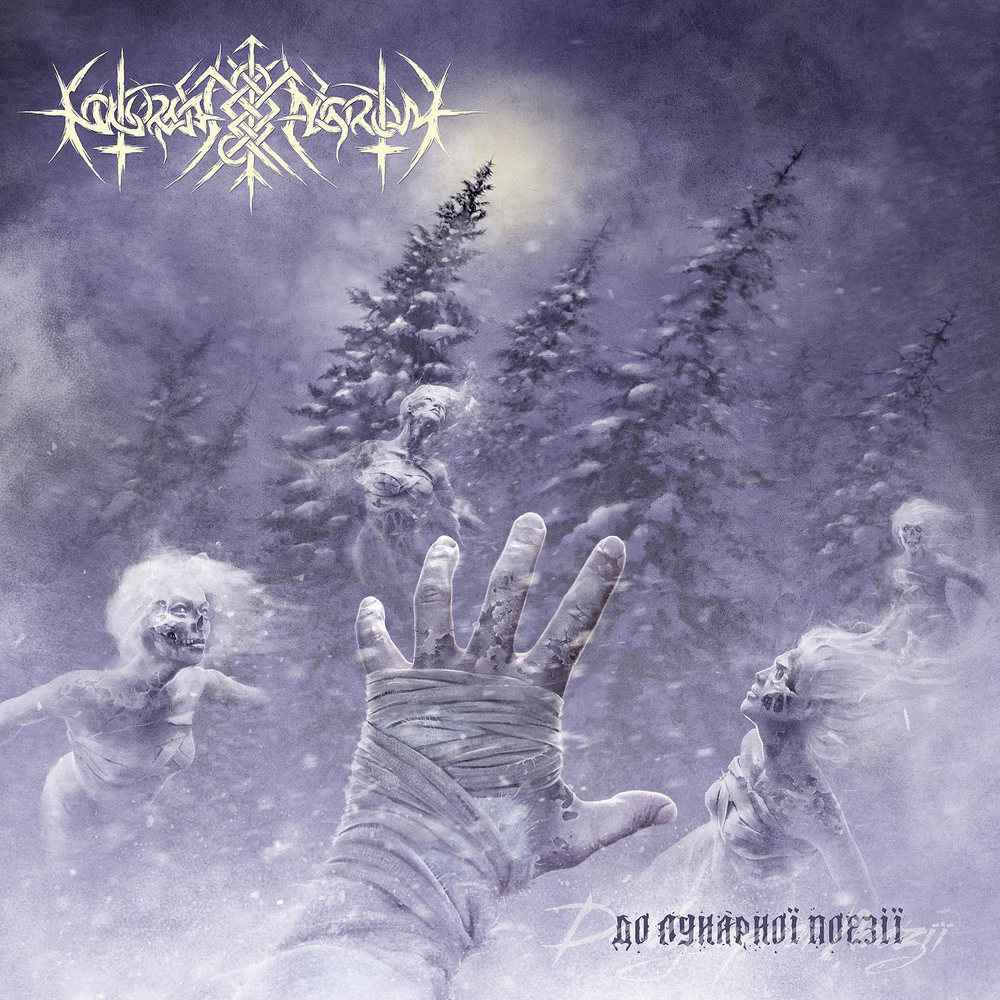 One of Ukranian most prolific bands will definitely be Nokturnal Mortum, with their folk-drenched black metal they are a strong influence on many other Eastern European bands. Nokturnal Mortum forged this sound out of fierce black metal and their Ukranian folk music. A sound that they have perfected over the years and resulted in a few very well executed masterpieces in this particular genre.

This craftsmanship exploded into the next level with 2017’s Істина (or ‘Verity’, if you will) that came after the even so well received  Голос сталі (‘Voice of Steel’) from 2009 and made us look out for new material. That comes with album… or, well, new material? The title already reveals that this is at least a nod to the past. Most songs on this album had already been released on the bands’ 1996-demo ‘Lunar Poetry’, so most of the fans of the band must have heard these songs already. Especially since both Oriana Music and Osmose Productions have reissued this demo in almost 50 (!) different versions of the past years.

Why then released all this material again? The band themselves state that many of the bands followers are very fond of these songs and why these songs were ‘only’ marked as a demo. Well, whatever you think of that and whatever position you’re in, the band has given these songs a treatment that they were when they recorded the original takes, in January 1996. Usually I personally don’t like bands to re-record tracks from an earlier stage in their career, as I like to hear the music in its own time and historical place that they were forged in, but for these particular songs and for Nokturnal Mortum, it works.

Not being a totally different band in the sense of style and approach, the past 25 years Nokturnal Mortum has progressed in levels of musicianship and they are now able to wrap these old songs into the musical style they master as no-one else. The balance between the orchestrated parts and the folk instruments on one hand and the blasting black metal on the other, finds better landing ground and gives enough space for the listener to fully enjoy the grande wall of sound.

To avoid discussions of the necessity of these recordings, as purists could claim the originals are better or the production fits these songs better, I would say that this albums gives the listener a choice of which version of these tracks suits their interest or taste best. For me personally, I am happy to store both together in my collection as I admire and like the taste of the originals, but I also appreciate these revamped versions. And, as a whole, these 25-year old tracks sounds as fresh and crispy as any new Nokturnal Mortum record would. (FelixS)