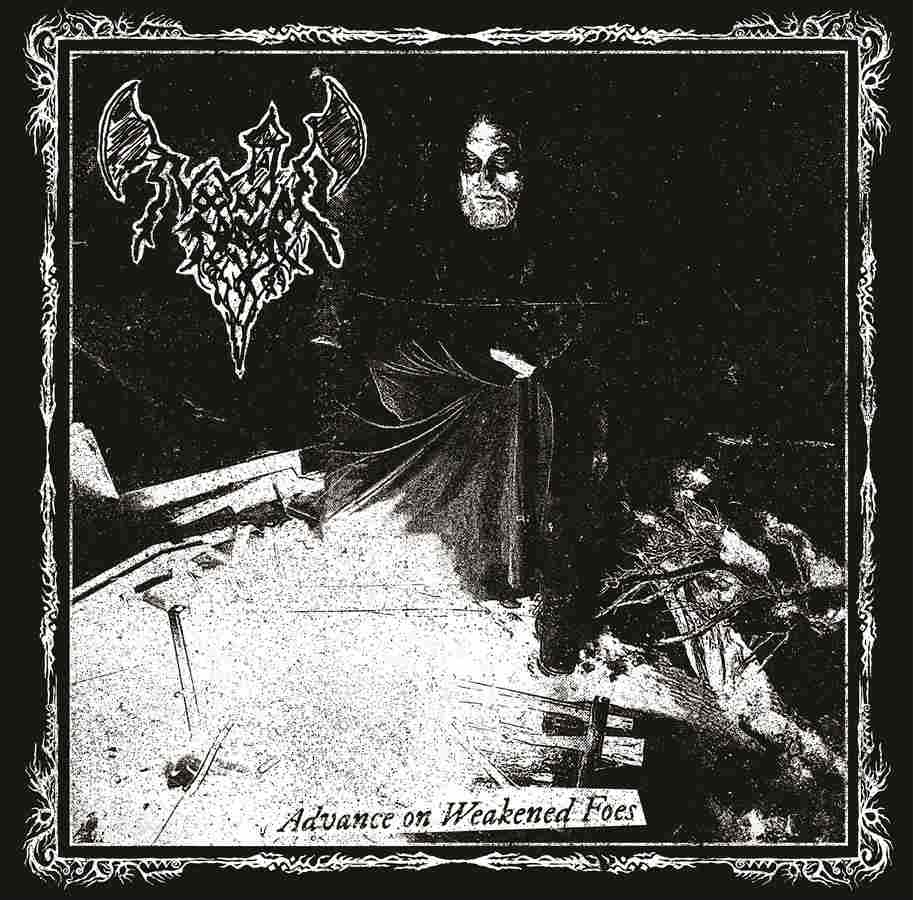 Canada. Cold and abrasive land, home to some of the best Black Metal bands that have emerged in recent years. Bands such as Gris, Bašmu or Akitsa, for example, have contributed to their particular vision of Black Metal, more harsh, more ambitious; there is a diversity on the Canadian scene, which makes it one of the most exciting / diverse today. In fact, the current trend is towards a specific segment within Black Metal: Raw Black Metal. It is, by no means, a novelty from yesterday, since, for a number of years, we have seen a growth, both in bands, labels and fans of this line of Black Metal. Obviously, Canada would never be left untouched by the “plague” – Nächtlich, for example – and the band we bring you today can be included in that fraction.

Nocturnal Prayer, year of formation, unknown – to this scribe, at least – released, in 2019, the Demo “Grim Sermons of the Nocturnal Prayer”; 5 tracks, which included a cover of Black Murder. 2020 saw the edition of a 2nd Demo, “May You Lay Waste to Astral Gods with Star Disintegration”, which contains a cover of Moonblood. The buzz grew, and the band reached the ears of Inferna Profundus Records. This union resulted in “Advance on Weakened Foes”, a compilation that brings together the band’s previous two Demos. The sound?! Nocturnal Prayer lives in the sphere of Black Metal, lives in melody and in dark and harsh environments. Unlike many bands associated with Raw Black Metal, Nocturnal Prayer does not have a sound in which the instruments are “lost” in a wall of cacophony and dissonance. There is a lot of melody, essentially because the band’s Black Metal is much more mi-paced than anything else. And that, to me, sounded wonderfully good! Black Metal should never be “wonderful”, as this removes points in “Kvlt Kard”, but it is undeniable that the band has a distinctive sound, without leaving its natural environment. Attention, there are times when the pace accelerates, but still, their identity remains very present. We ended up, a little like what the Forbidden Temple does – albeit a different reality – feeling that we are transported to a snowy forest, at sunset: snow, serene wind, desolate and emotionally destroyed. Superb. (DanielP)