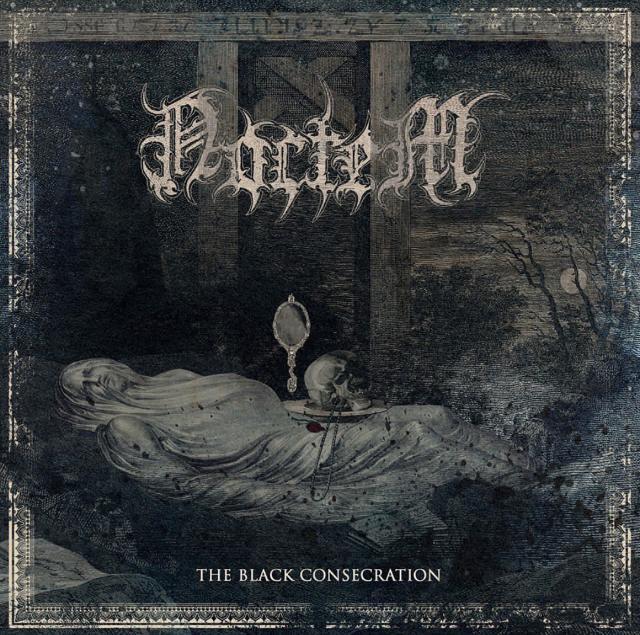 Noctem belong to the more active and better known Black/Death bands from Spain. Their fifth album “The Black Consecration“ shows the band strong and with clear ideas. The sound has a more atmospheric, less technical approach compared to previous albums and the raw edge of Black Metal is even more present than before.

Right from the beginning the path of destruction and misanthropy is set and with the first song a highlight is marked. Those 90s styled melodies, tremolo picking, up-tempo beats and throaty vocals are all there, but don`t think they forgot how to blast as there are still enough Marduk explosions on the battlefield. The vocals are versatile and well placed. Same for the lead guitars that do their job in creating a more “epic“ solution to the basic sound. Kudos to the bassplayer as well hat has some cool audible lines and is well mixed into the overall sound which is another important layer to the atmosphere. Thanks to the variation on the drum department the songs aren`t becoming boring, the slower sections are heavy, dark as fuck when a portion Death Metal is thrown in and the fast artillery strikes even deadlier with crazy ass blast beats. The band likes dynamics too and has some nice acoustic guitar intermezzos as well and give the listener a break.

There is a good portion of Marduk but Noctem got enough of their own ideas and don`t make the mistake to be simply copycats…the really fast shit on the second half is crazy, bus isn`t the only reference to Marduk. 2nd wave Black Metal addicted should grab this immediately. Being familiar with their previous works, in my opinion this is already my favourite record of`em. Felicitaciones! (DPF)