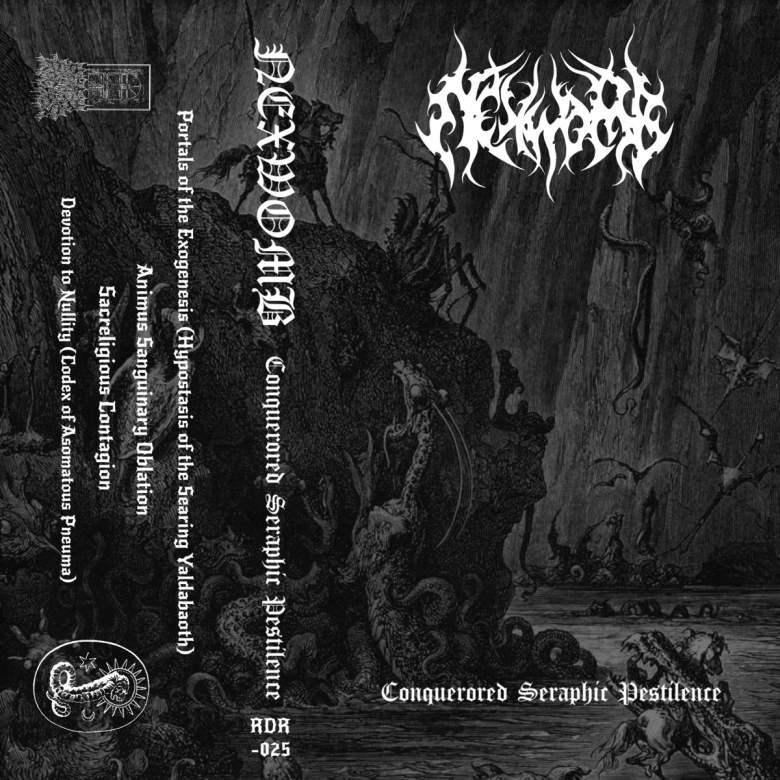 Black / Death Metal, or better yet barbaric and savage Bestial War Metal for the dilettante among you.

As most of the bands and releases in this particular genre, the influences are right at the surface and the severe chaos is present from the first till the last second. With tracks like “Portals of the Exogenesis (Hypostasis of the Searing Yaldabaoth)” the duo Vardlokker and V.C.T. are offering their ferocious insight which is musically a mixture of Blasphemy and Incantation with sepulchral vocals.

This demo is a good follow up of their debut album “Exegesis of Nihility” and something to have a look at for the Black/Death aficionado. (Ricardo)