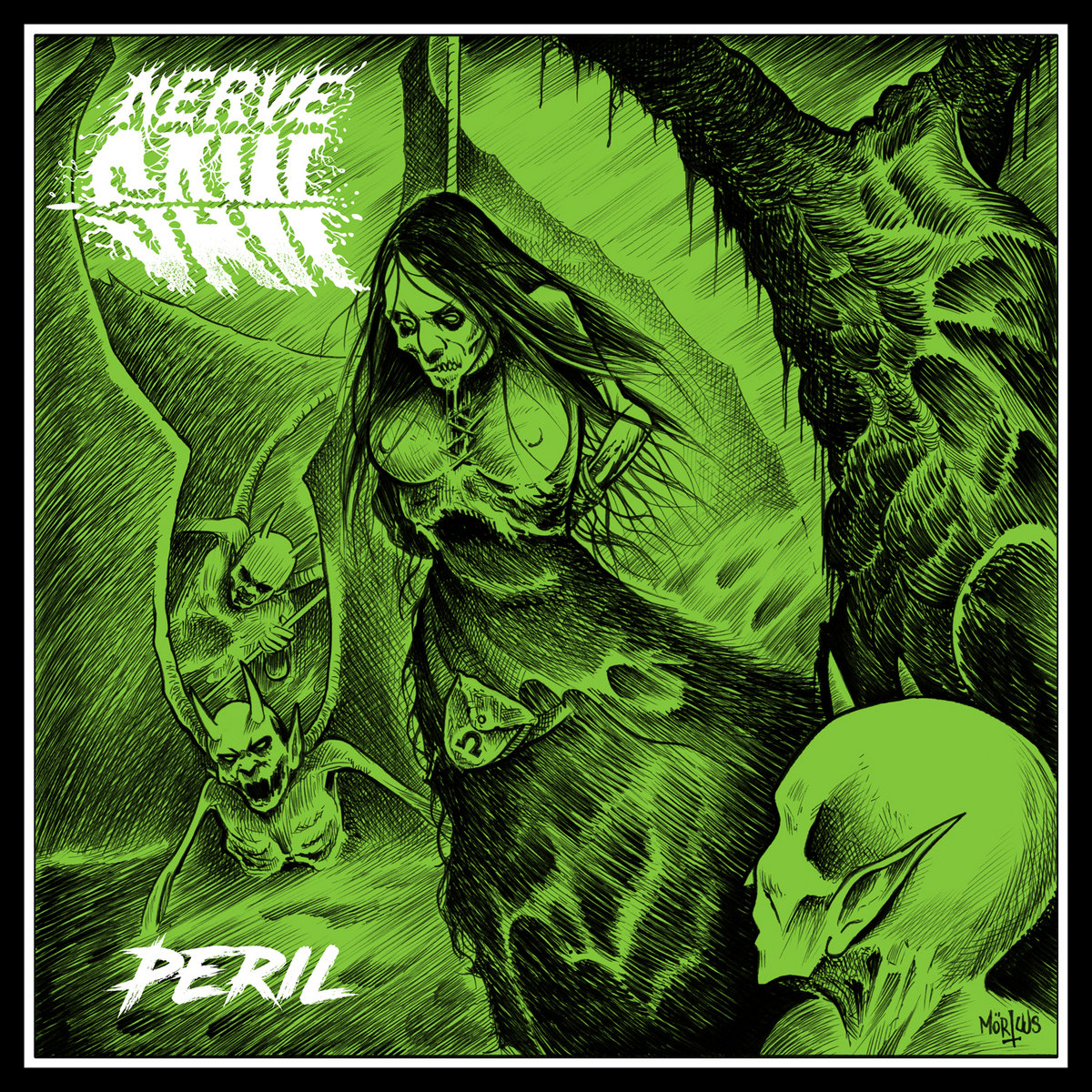 This album titled “Peril” is the debut full-length from Death Metal band Nerve Saw, from Finland. One EP and two singles were already released since 2017, while the band is active from 2010 – why they waited so long before releasing their material will surely have a good reason I suppose.

They play some kind of Death ‘n Roll with some hints of blackened Thrash involved. Also  punk comes by… Most songs are around the 2 minutes, with some exceptions like “Empty Hearts” that has a double duration. After listening to this album several times, I can’t really like the vocal style on this release…somehow it sounds as a total different aspect on this release, just like it’s not mean to fit together. A screamy approach, with sometimes backing vocals added  (track “The Red Line”)  is mostly what you hear, but as stated, not my taste.

The entire album is enjoyable, but misses some quality song writing, but besides that it sounds quite fresh and vital. Also some great aspects on this album must be mentioned, like for example the massive riffs in “Empty Hearts” , the bursting opening of “Nails” and the nice groove in track “P.I.A.T.”

Seek out if this album fits in your musical taste, perhaps you’ll find yourself a great match with their style. (Fredde)